With legalization occurring in some states, marijuana has become an acceptable social lubricant in many circles.  With youth constantly chasing a greater and greater high, new methods of creating more potent substances have emerged.  “Dabs”, as it is called on the street, is one of those more powerful concoctions.

How Is It Made?

There are several methods for making dabs.  Often butane or other chemicals are used to extract THC from the cannabis plant.  Gasses are burned off during the process, leaving behind only a waxy, brown substance.  Other methods are used to make dabs involving heat and pressing marijuana between sheets of parchment paper leaving behind a bit of concentrated resin.

How Do People Use Dabs?

This highly concentrated wax is placed in electronic cigarette devices, and the vapor is inhaled.  It is virtually tasteless and odorless in this form.  Because of this, the drug is being used, virtually undetected.  Inhaling the vapor in this manner provides an immediate intense high.

Concentrated THC is reported to create some significant side effects.  Some of the traditional side effects of cannabis are present along with heightened effects attributed to the more potent levels of THC.  Side effects can include: 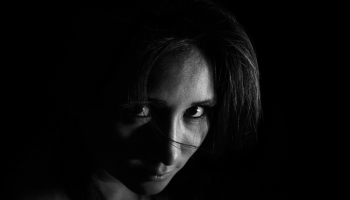 Dabbing can cause psychosis.

Dab is sometimes considered the crack of cannabis.  Because of the manner in which it is processed, there are many dangers associated with dabbing.  Pressing butane through glass pipes to extract the oil has been known to cause explosions.  Further, there is a lack of research regarding the physical effects of inhaling concentrated THC.  It is believed the effects may be more addictive than using marijuana in a more traditional manner.

Prolonged use of dabs may result in cannabis withdrawal syndrome for users who attempt to stop.  There are two different receptors in the brain, CB1 and CB2, which process THC, increasing the production of pleasure chemicals like dopamine.  For habitual users, withdrawal symptoms can occur.  Anxiety, sleep irregularities and an increased feeling of irritability are classic signs of Cannabis Withdrawal Syndrome.

There are very few studies regarding concentrated THC oil.  Even proponents of marijuana use, there is controversy regarding the use of the more potent dabs.  Marijuana affects brain chemistry significantly.  At higher concentrations, over prolonged periods of use, long-term effects are completely unknown.  Other body systems may also be affected, since the chemical is filtered and processed beginning in the respiratory system, traveling immediately to the bloodstream.

What If I Can’t Stop?

The psychology of addiction is tricky.  Dabbing can create addiction, specifically in the habitual nature of marijuana use.  With a more intense high, it is likely that users turn to dabbing to escape the realities of life.  When marijuana users attempt to quit, it can be difficult to manage the ensuing emotional roller coaster.  Seeking help from an addiction specialist and receiving treatment in formal rehabilitation is often the best course to begin a successful drug-free life path.

How to Find Relief for Cannabis Withdrawal Do You Know About Synthetic Marijuana? Pros and Cons of Inpatient Marijuana Rehab Physical Changes Your Body Experiences With Marijuana Usage Marijuana and Birth Defects: Smoking Pot can be Very Dangerous to Pregnant Women