When an addict decides that it’s time to seek help and to make a stance toward recovery from addiction, the very first step has already been taken which is admitting that there are problems and a need for change. Sometimes, it can be difficult to be objective about our own drug abuse and it takes another person stepping up and saying, “Hey (insert name here) I think you should seek help for your marijuana abuse.” If you’re not sure if your marijuana has already slipped from a state of abuse to addiction or you’re just not sure you need help, consider the most common marijuana addiction symptoms and ask yourself if you are showing any of these signs of addiction—if you are, there’s a good chance that professional help may be needed.

If any of the marijuana addiction symptoms we are about to discuss show up in yourself or in someone you care about who smokes pot, there’s a chance that addiction could be a factor and that additional, professional help may be required. 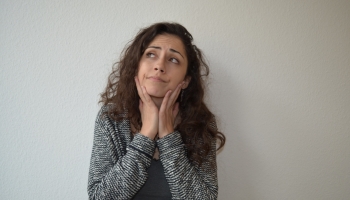 If you rely on marijuana to relax, you may have an addiction.

The very first of many marijuana addiction symptoms that becomes evident is tolerance. When an individual smokes pot, at first it may only take a few puffs and he or she will feel the effects. After a couple of times of using the drug, it will take more and more in order to feel those same effects. In time, the user smokes more pot, more often and feels less of the effects—this is tolerance and it’s also the first real sign of marijuana addiction.

Anytime there is a physical drug addiction present, withdrawal symptoms are a possibility. If you begin to experience symptoms of marijuana withdrawal when you don’t smoke pot, such as insomnia, anxiety or a loss of appetite, then there’s a very good chance that addiction has already set in. Physically, these symptoms will subside in about two weeks if you quit smoking pot altogether.

3. Loss of Control Over Marijuana Use

If you have tried to cut back, tried to smoke less and even told yourself or someone else that you wouldn’t smoke so much pot and then later went against your intentions—this could be a sign of marijuana addiction. Symptoms such as a loss of control over intended use are common in many types of addiction, including addiction to weed.

4. Spending too much time Getting High

5. Choosing Friendships based on Drug Activity

Do you choose your friends based on whether or not they smoke pot? Are you spending less time with friends who don’t smoke weed and more time with those who do? As marijuana addiction progresses and the real damage begins to set in you may realize that you are spending more time trying to hang out around others who take part in similar drug use activity and less time around those who (though probably would have better relationships with you) do not do drugs.

At the end of the day, do you have to smoke a joint in order to calm down? If you or a loved one turns to weed consistently as a means of relaxation and seemingly cannot relax without pot, there could be a more prevalent problem present with marijuana addiction. Symptoms such as this often persist and, contrary to common belief, marijuana does not actually relax, sooth or calm. In fact, the Office of National Drug Control Policy confirms that marijuana does not promote relaxation but actually increases violent crimes.

Do you stop taking care of your daily responsibilities when you smoke pot? If smoking weed has interrupted your ability to handle daily activities such as going to school or performing well at work, there may be a bigger problem. Another one of the more common marijuana addiction symptoms relates to the lack of productivity or responsibility that comes when an individual focuses too much attention on smoking pot and not enough attention on attending to regular responsibilities.

8. Getting High Despite Known Consequences

Have you suffered consequences as a result of getting high? If you have already suffered consequences and you know very well that smoking pot will continue to cause problems in your life, yet you still smoke weed anyway, you might be addicted. Marijuana addiction can lead you to do things that you otherwise may not do, such as getting high despite the fact that you know it is causing problems in your life.

Marijuana use as a means of escaping reality is a sure sign of addiction. If you feel like you have to smoke pot in order to cope with work, school, home or your family, addiction is likely an issue in your life. Drugs should never be used as a method of escaping reality or to cover up what is really going on.

Finally, one of the well-known marijuana addiction symptoms is making attempts to cut down on the level of marijuana usage and failing. If you lie to yourself about the amount of pot you will consume or you have told other people such as those you love that you will not smoke so much and then you still do, addiction is a problem.

How Common is Addiction to Marijuana? Synthetic Marijuana: Facts, Side Effects, and Treatment Marijuana Addiction Help for Teens Who Experiences Marijuana Withdrawal Symptoms Can Long-Term Use Of Marijuana Cause Permanent Damage?