Parenting is a hard job and it is filled with worries. Is my child eating enough vegetables? Is my child socializing enough or too much? Does my child play too many videogames? And, the anxiety never stops. One of the tops concerns is drug use, specifically marijuana use.

A 2014 study showed the following data for the percentage of people who have used marijuana in their lifetime:

As your child grows older, it will become more likely that he or she has used marijuana at some point. But not everyone becomes addicted.

Who is at Risk of Addiction?

Firstly, addiction to marijuana is defined as use that cannot be stopped; the NIDA writes 1 in 11 people or 9 percent of people who use marijuana will become addicted. But, the rate increases to 1 in 6 (17 percent) for users who start in their teens and increases to 25 to 50 percent among daily users. If you think your child is just doing what kids do, don’t be fooled. He or she could have a serious problem.

Factors that lead to addiction include:

The Risks of Addiction 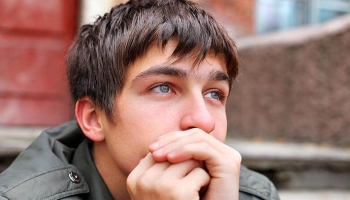 Marijuana use can have permanent consequences.

Your child or popular culture may tell you that the only risk of marijuana use is a case of the munchies, but there are legitimate risks.

A nationwide study of drug use associated with fatal car crashes reported 36.9 percent of drivers who tested positive for drugs had used marijuana. In fact, after alcohol, marijuana is the top drug associated with auto accidents, especially those ending in deaths.

Marijuana doesn’t just calm a person down, it has negative effects on attention, memory, and learning that can continue for days. If your child is a regular or daily user, they are constantly operating with a mental impairment. This means lower grades and a higher risk of dropping out. People who smoke it regularly in their teens risk permanently lowering their IQ. Regularl use also leads to lower salaries and decreased job success.

People are aware of paranoia as a possible side effect of marijuana use, but they may not know that the side effect can be extreme. Some people actually experience panic attacks and acute psychosis (their thoughts and perceptions can be altered). It can even worsen existing mental illnesses.

Signs of Marijuana Use

If you think your child is pulling away from the family, changing into a person you don’t feel like you know, and/or using drugs, there are signs to watch out for. The NIDA lists the following:

If your child is showing these signs and you are concerned that they are coping with an addiction, get them help.

You and your child have a variety of available options to treat marijuana addiction, including:

To learn more about them and to find one that will work for your child, do some research. Drug treatment is not one size fits all and your child may have better results with one treatment program in comparison with another.

If you feel your child slipping away, as their marijuana use increases, it’s time to look for treatment. Don’t feel like you are alone. There are people waiting to help you and your child through this transition.

Weed Addiction: Is it Real? Do You Know About Synthetic Marijuana? Physical Changes Your Body Experiences With Marijuana Usage Why Do Recovering Addicts Struggle with their Ability to Give up Marijuana Despite Giving up Other Substances? What is Marijuana Withdrawal Like?