The idea of entering an inpatient facility to break a marijuana addiction, or any addiction may seem overwhelming considering how wrung out long-term drug use leaves a person feeling. Ongoing debates about marijuana’s legal status only add to the difficulty in making a decision to get marijuana rehab help. 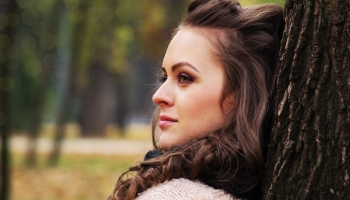 Addiction, in any form, takes over a person’s life leaving broken relationships and lost opportunities in its wake. While marijuana may be one of the “less” addictive drugs, long-term use will eventually develop into addiction, according to the National Institute on Drug Abuse.

As of 2010, 4.5 million Americans reported abusing marijuana on a regular basis. Of this number, an estimated nine percent become addicted to the drug. People easily see the need for rehab treatment when addictions like cocaine or heroin addictions are at stake. Interestingly enough, 18 percent of people entering rehab treatment programs reported marijuana as their main drug of abuse.

Marijuana rehab treatment enables recovering addicts to recover from the physical and psychological damage caused by long-term marijuana use.

The differences between inpatient and outpatient marijuana rehab have more to do with the level or intensity of treatment than the types of services offered. As with any addiction, people with long histories of marijuana use have developed a lifestyle that revolves around getting and using the drug. More oftentimes than not, breaking the addiction requires users to develop a lifestyle that doesn’t include marijuana.

Inpatient marijuana rehab makes it possible for addicts to get away from the addiction lifestyle while at the same time breaking the body’s dependency on the drug. For someone who’s made repeated failed attempts to stop using, inpatient rehab may be the only way to drive a wedge between the addiction lifestyle and the recovery process.

For people who have ongoing work and family obligations to meet, it may not be practical to enter an inpatient program, making outpatient care the better choice.

According to the Substance Abuse and Mental Health Services Administration, approximately 84 percent of people entering marijuana rehab did so on an outpatient basis. Cost considerations and/or ongoing work and family obligations can easily leave a person with little to no choice when deciding between inpatient and outpatient rehab.

While practical concerns cannot be ignored, statistics from the U.S. Library of Medicine show people who seek marijuana rehab help have used the drug for over 10 years and have at least six failed attempts at abstinence. With this long a history (and lifestyle) of drug use, ensuring a person receives the type of treatment he or she needs may very well require an inpatient rehab approach.