Marijuana is a mix of dried shredded leaves, seeds, stems, and flowers from the hemp, or cannabis plant. It is typically green, grey, or brown in color and is normally smoked, mixed in food, or brewed into a tea.

Many people believe that marijuana is a benign drug that is not addictive. However, according to the National Institute on Drug Abuse, marijuana is very addictive and marijuana addiction withdrawal symptoms can range from mild irritants such as a decrease in appetite, to more severe problems such as aggression and anxiety.

Rehab Program or Stay at Home 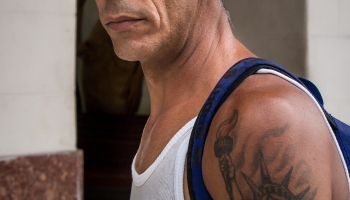 Regardless of whether an addict chooses to go through a rehab program or fight the addiction at home, there are many tools that can help reduce or overcome marijuana addiction withdrawal symptoms. Some of the things that may help include, writing a daily diary, including the day’s events and how the withdrawal symptoms were handled, listening to music, going for walks, and setting goals.

One of the most important things to do when quitting marijuana is to change things in your life that help to promote marijuana smoking. For example, look at all the factors in your life that brought you to the addiction, and then avoid those factors. For many, this step will usually include identifying, and avoiding high-risk situations. These situations can include the people they used to smoke with, or people who are related to the drug use such as people where there are conflicts with which might make you want to turn to marijuana. Many people also find that they need to avoid certain places, such as those where they used to use, or where they purchased their marijuana.

Thinking positive and setting goals are both tools that should be used to help overcome marijuana addiction withdrawal symptoms. Write positive thoughts, and goals down in a diary and refer to it often to remind yourself why you are quitting.

Can Long-Term Use Of Marijuana Cause Permanent Damage? 5 Tips for Coping with Marijuana Withdrawal Anxiety Weed Addiction: Is it Real? Why is Weed Addictive? How to Find Relief for Cannabis Withdrawal