The National Institute on Drug Abuse lists marijuana as the most commonly used illicit drug in the United States. As of 2007, survey data revealed more teenagers report smoking marijuana than cigarettes. Considering the mixed messages young people receive on the legalities and illegalities surrounding marijuana, many may view the drug as relatively harmless compared to other illicit drugs.

While marijuana can have negative effects on most anyone who uses on a regular basis, the damage done to a young person’s mind and body can stay with him or her for many years to come. Marijuana addiction help addresses the underlying reasons why a young person turns to marijuana. Others forms of marijuana addiction help encourage teens to engage in certain types of extracurricular-type activities as a form of drug treatment. 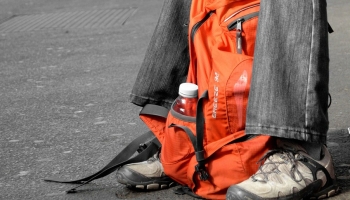 Marijuana can be damaging to a teen’s cognitive development.

Marijuana contains a substance known as cannabinoids, which naturally bind to existing cannabinoid cell receptors in the brain. In effect, marijuana use causes these receptors to release large amounts of dopamine neurotransmitter chemicals throughout the brain. Dopamine plays a primary role in regulating emotions, balance and coordination and cognitive functions.

Since a teenager’s brain is still in a development stage, frequent marijuana use gradually alters the physical and chemical structure of his or her brain. According to the Journal of the International Neuropsychological Society, ongoing brain development occurs with certain built-in deficits or impairments that can greatly hamper a teen’s capabilities for years; even in cases where a teen stops using.

Marijuana addiction help for teens centers on helping a teenager better understand his or her reasons for drug use. This entails encouraging teens to actually think about the things, places and people they most associate with drug use. A teen may use to cope with a particular relationship problem. Another teen may use out of boredom. Another teen may only use at parties or when around a certain group of friends.

Marijuana addiction help also addresses any family or parental issues that may contribute to ongoing marijuana use. Both individual and family therapy treatment can offer struggling teens helpful insights on why they use and how to stop using.

It’s not uncommon for teens to turn to marijuana to help boost their self confidence in social situations. Once teens stop using, extracurricular -type treatment approaches provide them with the types of settings where they can rebuild their confidence within a social context.

Marijuana addiction help activities take the form of wilderness programs where teens not only get needed exercise but learn to interact with other teens in recovery. These programs provide settings where young people can rebuild their confidence without the need for drugs while learning how to form healthy, productive relationships.

Can Long-Term Use Of Marijuana Cause Permanent Damage? Dabs: What is Dabbing and Is It Dangerous? Help! Marijuana Addiction is Stealing My Child Why is Weed Addictive? How Treatment Helps You Cope with Marijuana Withdrawal Insomnia