Marijuana, a locally grown drug that many mistakenly believe is non-addictive because it’s natural is a mind-altering substance that has a wide potential for abuse and can cause physical dependence. Although the addiction that results from marijuana use is not necessarily as dangerous or life-threatening as certain other addictions such as an addiction to opiates, there are still dangers involved with smoking pot. Why is weed addictive? The answer lies in the chemicals involved. 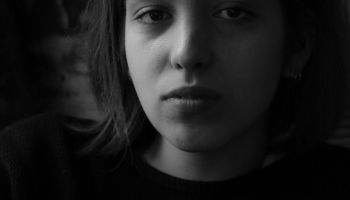 Marijuana causes chemical changes in the brain that can lead to addiction.

The psychoactive chemical that is responsible for the addiction that develops when an individual smokes or consumes weed is called THC. This stands for delta-9-tetrahydrocannabinol. According to the National Institute on Drug Abuse, there are also more than 400 other chemicals found in marijuana which can cause an array of potential side effects and dangers to the user.

Since the 1970s when marijuana use was first widely accepted in the United States, the THC levels in the drug have increased. This is largely in part to the methods used to grow the drug and the efforts that have been taken by farmers to increase potency of the drug over time. Today, weed is addictive in part because of the increased levels of THC that are found in the drug as well as the chemical strains that have evolved to make the drug more potent and strong.

Research suggests that both humans and animals suffer from structural and functional changes in the brain when they are subject to repeat exposure to drugs. According to NIDA, early intervention is the key to helping an addict prevent compulsive drug behaviors prior to these changes occurring in order for treatment to be most effective. Unfortunately, most don’t realize the dangers of smoking pot until such changes in brain structure have already occurred and professional help is needed.

Weed is in fact addictive and it is dangerous despite efforts that have recently been made to glorify or sanctify the use of this drug. Physical dependence is eminent when an individual regularly smokes pot and the desire to quit will be consistently challenged by cravings. Compulsive use of this drug can lead to physical changes within the brain that make changing behaviors challenging at best. Without professional help, many users are unable to quit smoking weed on their own.