Data gathered by the Substance Abuse and Mental Health Services Administration in 2007 lists marijuana as the most widely used illegal substance within the U.S. and Europe. Easy accessibility combined with marijuana legalization efforts stand to further increase addiction rates among the young and old alike.

While marijuana addiction recovery programs can offer effective treatment options, for some people, certain challenges make it difficult to maintain abstinence on a long-term basis. Skepticism regarding marijuana’s actual ability to cause addiction no doubt have helped fuel the legalization efforts behind the drug. For someone predisposed to addiction, mixed messages surrounding the use of marijuana may be all the justification needed to, at the very least experiment with the drug. Marijuana’s role as a popular secondary drug opens up a whole other set of challenges for marijuana addiction recovery. 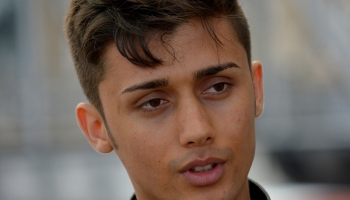 Many marijuana users relapse because they don’t believe the drug is addictive.

Even in cases where all three treatment approaches are used, studies show participants were only able to maintain abstinence for an average of two weeks before resuming drug use.

Also at issue is the increasing potency of marijuana as the use of “new and improved” chemical additives work to increase not only the strength but also the duration of marijuana’s high effects, according to the National Institute on Drug Abuse.

Within the medical field, skepticism as to marijuana’s addiction potential questions whether marijuana actually causes physical dependency in users. After a decade and a half of research studies, certain key marijuana effects have become evident:

In spite of conclusive proof of marijuana’s addiction potential, skepticism still prevails within the medical community as well as for many recovering addicts considering marijuana addiction recovery.

Can Long-Term Use Of Marijuana Cause Permanent Damage? Physical Changes Your Body Experiences With Marijuana Usage Help! Marijuana Addiction is Stealing My Child 7 Ways to Help the Marijuana Addict in Your Life with Withdrawal Symptoms Why Do Recovering Addicts Struggle with their Ability to Give up Marijuana Despite Giving up Other Substances?