Marijuana and Birth Defects: Smoking Pot can be Very Dangerous to Pregnant Women

As a recreational drug, marijuana is often smoked by many individuals hoping to feel relaxed or get high. When a woman who smokes marijuana often or in high doses becomes pregnant, though, there is a possibility that this activity could become extremely unhealthy for the fetus, especially if the pregnant woman smokes regularly. Being a marijuana smoker can affect your pregnancy in many ways and may even cause birth defects which can be indicated after the child is born. 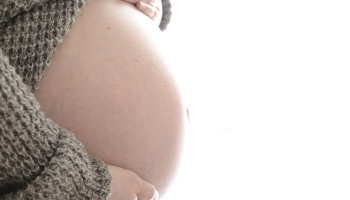 Serious consequences can develop as a result of smoking marijuana while pregnant.

According to the CDC, the National Birth Defects Awareness and Prevention Month of January 2014 focused on “how common, costly, and critical birth defects are in the United States.” While marijuana is one of the more commonly used recreational drugs, there is a limited amount known about its full effects on the mother and child in the situation of pregnancy. However, while marijuana may not have as many adverse effects on adults as other drugs like crystal meth and heroin do, it still can cause addiction, dependence, thinking and memory problems, and lung problems when smoked heavily every day.

Adopting healthy habits is always beneficial to pregnant women and their unborn children, but some women may not know they are pregnant until some time after the fact. What does this mean for marijuana smokers who may become pregnant? And what are the potential risks involved in smoking during pregnancy?

Marijuana and Its Effect on Pregnancy

According to a study from the NCBI, “Prenatal uses of methamphetamine, cocaine, and marijuana are all associated with increased risk of a variety of birth defects.” While there are different effects that can be caused by the use of different recreational and illicit drugs, it is important to remember that any type of substance ingested or otherwise taken in by a pregnant woman could potentially affect the fetus in one way or another. This is why many pregnant women are told to abstain from the heavy use of caffeine, alcohol, and other potentially harmful substances which women may use more indiscriminately if they are not pregnant.

There is a risk factor involved in marijuana use during pregnancy. The GMU states, “pregnancy complications” can be caused as a result of marijuana use including:

According to the State of Colorado, “Smoking also passes carbon monoxide to the unborn child, which disrupts the oxygen supply and can result in growth issues, possible premature birth, miscarriage or stillbirth.” Because of these potential issues, pregnant women are told to abstain from marijuana use while pregnant in order to avoid them altogether. But understanding each potential effect and its likelihood is also important.

As stated by the Colorado DPHE, “We found mixed evidence that maternal use of marijuana during pregnancy is associated with preterm delivery.” Similar issues have been found to be caused by cigarette smoking during pregnancy which also can be very harmful. While premature birth in itself is not a birth defect, it can lead to issues like vision and hearing problems, problems with feeding, and even breathing problems (CDC).

Columbia.edu states, “20% of birth defects are caused by a baby’s exposure to a teratogen,” which is a substance that disrupts normal development. It is very difficult to know whether or not marijuana use during pregnancy will absolutely cause a birth defect in the unborn child, but there are many issues which have mixed or moderate evidence of a link between their existence in a child and the mother’s marijuana use during pregnancy, according to the Colorado DPHE. These are:

There is also moderate evidence that a pregnant woman’s marijuana use could be associated with “isolated, simple ventricular septal defects (heart defects)” in their children. This is potentially very dangerous as a heart defect could cause many other problems for a growing child and could possibly be avoided by avoiding marijuana during pregnancy.

Breastfeeding and Marijuana Use

It has been proven that THC, the main ingredient in marijuana that causes its effects, can be passed from a mother to a child through breastfeeding, as a mother who smokes marijuana will have the chemical present in her breast milk. While there aren’t many studies on this fact, there is some evidence of the association between marijuana use in mothers who breastfeed and motor development in their children (Colorado DPHE).

How Much is Too Much?

Many women ask this question of their doctors about other substances and potential teratogens when it comes to pregnancy and the potential of birth defects which can be caused by them. The biggest issue with the question of marijuana use during pregnancy is that there has been no clear studies on heavy marijuana use and its effects on pregnant women and their children. It is also important to point out that “there is no known safe amount of marijuana during pregnancy.”

While many pregnant women or women hoping to become pregnant may ask themselves what is safe or what is the most I can smoke during pregnancy, it is important to keep in mind the dangerous potential consequences of smoking when pregnant. As there is evidence suggesting the possibility of multiple birth defects as a result of marijuana use, it is the best course of action to avoid all possible substances that have so much uncertainty and potential for danger when it comes to having a safe and healthy pregnancy.