Far from any actual cannabis or THC, synthetic marijuana is a deviant named for a chemical compound that produces effects similar to THC (at least, that was the original manufacturer’s intended purpose), but, has since evolved into highly variant mixtures of unknowns.  These unknowns involve actual contents as well as various effects and dangers that, while leafy substances can be sprayed with the chemicals to appear like marijuana for smoking, that’s as close to real marijuana as it gets.

Since the drug is merely a disguise for marijuana, the term “synthetic cannabinoids” is the preferable term by public health experts who recognize the promoted chemical properties basically interact with cannabinoid receptors in the brain, albeit, more powerfully, than THC.  According to the NIDA, “Synthetic cannabinoids are included in a group of drugs called “new psychoactive substances (NPS)”. For the average individual, the term “synthetic marijuana” infers that the drug is as safe as marijuana and in the context of legality, legal because the chemicals are typically undetectable when subject to urinalysis.

Sold under a broad array of brand names and purposes for use in headshops, smoke shops, gas stations, and other venues to deter law enforcement, synthetic marijuana is, too often, easily attainable when marijuana is not.  The true aspects of any synthetic marijuana are unpredictable, unregulated, and dangerous.  “Not for human consumption” is often on the labels of packages deemed for use such as potpourri or herbal incense with colorful packaging and cartoon characters to attract the buyers. The most common brand names include K-2, Spice, Kush, Joker, and hundreds more, but, the piqued curiosities of younger abusers is almost too much to bear. 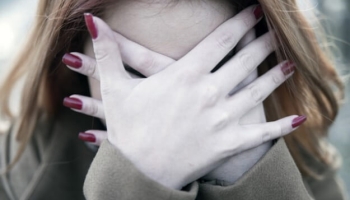 Synthetic marijuana can cause extreme anxiety and panic attacks.

Cannabinoid receptors in the brain help to regulate mood, appetite, nausea, pain, and inflammation.  Altered functioning from THC use typically results in relaxation, elevated moods, disordered thinking, or distorted perceptions.  The NIDA states that,” Because the chemical composition of many synthetic cannabinoid products is unknown and may change from batch to batch, these products are likely to contain substances that cause dramatically different effects than the user might expect.”

What the user anticipates and what actually happens is virtually a random stroke of luck for some, while others go off on wild tangents of thoughts, moods, or behaviors.  Any disruptions in brain signaling, chemical messenger systems, circuits, or pathways can take on a whole new level of abnormality and complexity for which treatment needs can become critical.  Some of the most notably adverse psychological effects are:

Although, according to the CDC, it has been “indicated that persons aged 30–39 years and aged >40 years were significantly more likely than those aged 10–19 years to report a severe outcome.”  Unpredictability during intoxication is not the only extremely noteworthy problem of synthetic marijuana use, however.  There is a great deal of physical and developmental issues involved in the use of a drug that is untested, unmonitored, and simply unsafe in its potential toxicity.  Since this is a drug that appeals to younger abusers, the fact that there may be long term repercussions is cause for alarm considering the fact that their brains are not fully developed before reaching the age of 25.

Some of the most common physical dangers include:

While the primary consumption method of the chemicals is smoking the coated leafy substances, vapors and oils are also available to make using easier and less obvious perpetuating greater abuse.  People who use synthetic marijuana are also more vulnerable to dangers as they use the drug in combination with other drugs or alcohol.  The combinations can make for deadly cocktails or, in the least, cause serious consequences that may, or may not, be immediately apparent or permanent.

To put things in perspective, many of the compounds identified in the past have been tweaked into new products and more than likely, there will be many more dangers linked to the use of synthetic marijuana.  In fact, according to the CDC, “Monthly calls to all poison centers are tracked by the National Poison Data System, which reported that adverse health effects or concerns about possible adverse health effects related to synthetic cannabinoid use increased 330% from 349 in January 2015 to 1,501 in April 2015.”  These numbers are hardly exceeded by any other drug.