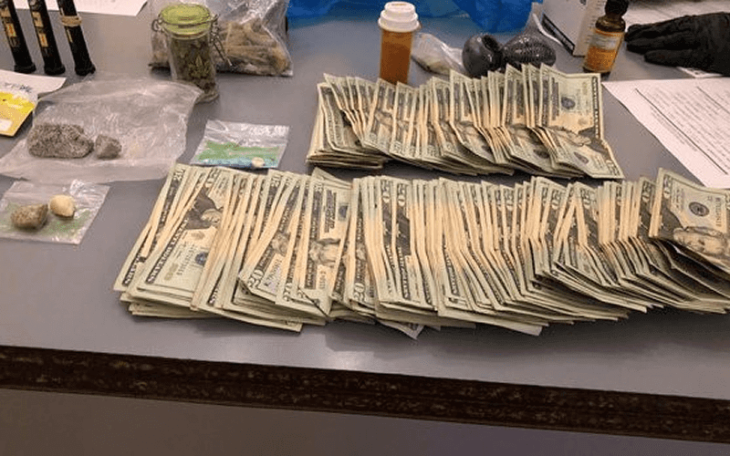 After police were called to a bar in the 240 block of Bourbon, they ended up arresting four people on drug-related charges, according to reports released by the New Orleans Police Department. At 2:40 a.m., Jerry Myrick was found at the bar intoxicated and refused to leave the premises despite requests by the owners. He was arrested for trespassing, and as part of his arrest, Myrick was searched. Officers found a significant amount of cash, two cell phones, and a bag of 15 amphetamine pills in his pockets.

During his conversation with the officers, Myrick indicated that there were more drugs and cash in his hotel room. Police obtained a warrant for his hotel room, where they found a bag of rock crystal opioids, a large bag of psychedelic mushrooms, a marijuana container, five pot cookies, three vape cartridges that contained THC, a container of heroin, five amphetamine pills, and a large amount of cash.

There were three people found in the hotel room at the time of the officers’ search, Jacklyn Meshako, Leah Armstrong, and Jay Dee Ashley, and they were all arrested, according to the New Orleans Police Department. All three were booked on drug possession charges, but no other information about their specific charges was released.

Myrick was charged with possession of narcotics with the intent to distribute, along with the trespassing charge. He was booked into the Orleans Justice Center jail on Friday, December 29. His bond was not set, according to court records.

Opiate addiction is a potentially deadly condition that requires long-term treatment. It is recognized as a brain disorder. Opiate-based drugs include Oxycontin, morphine, oxycodone, opium, heroin, and others. People become physically dependent when a user’s body becomes accustomed to their presence.