Studies estimate that in Australia alone more than 200,000 people are dependent on marijuana, this number is recognized to be far greater for residents of the United States where legalization of marijuana has taken place in many states. Unfortunately, anytime there is a dependence on a drug, the risk of withdrawal symptoms is eminent. Although not everyone who uses marijuana will experience symptoms of withdrawal, some will likely feel the stronghold in a number of ways marked characteristically by both physical and psychological symptoms of withdrawal.

A research study published in the Journal Plus One found that marijuana users experience symptoms of withdrawal that can interfere with their lives and with their decision to remain abstinent. Research suggests that people who regularly smoke pot and become dependent on the drug are likely to experience the following marijuana withdrawal symptoms when the drug is not used: 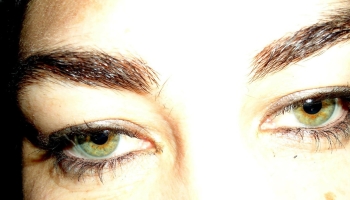 Smoking pot every day puts you at high risk of experiencing withdrawal symptoms when you stop using.

A study in Clinical Psychiatry found that cannabis withdrawal can occur within a few hours following the use of marijuana and may persist for up to two weeks. Symptoms are commonly identified as anxiety and irritability, physical discomfort and insomnia, depression, and appetite changes (specifically a loss of appetite). Symptom generally are not as severe if marijuana has not been used regularly for a prolonged period of time but they can become more prominent with excessive use of the drug. An estimated one fifth of cannabis users who have smoked pot for 5 years or more and use at least once per day suffer from major depression, nearly 10% have generalized anxiety disorder, many have panic disorder and an estimated 40% have personality disorders.

Who’s at Most Risk?

Studies have found that repeat, excessive and prolonged marijuana use places the user at the greatest risk of becoming dependent on marijuana. Repeat use can be defined as using the drug more than twice per week. Excessive use is defined as using marijuana in large quantities such as more than a joint at a time. Prolonged use is defined as using the drug for more than a few weeks at most. Each week of marijuana use that occurs places the user at a greater risk of becoming dependent. According to the University of Washington, if an individual smokes pot every day, there is a 50/50 chance that the individual will develop a dependence and experience subsequent marijuana withdrawal symptoms when the drug use stops.