The idea of synthetic marijuana may be new to you or you may have heard of it under its brand names: K2, Spice, Joker, Black Mamba, Kush, and Kronic. In the past, K2 and Spice were the most common names and now there are hundreds on the market.

And, even though these products are all referred to as types of synthetic marijuana, they are really quite different from that drug. According to the National Institute on Drug Abuse (NIDA), synthetic cannabinoids are “man-made mind-altering chemicals that are either sprayed on dried, shredded plant material so they can be smoked (herbal incense) or sold as liquids to be vaporized and inhaled in e-cigarettes and other devices (liquid incense).”

These synthetic cannabinoids are a part of the category labelled NPS or new psychoactive substances. They are unregulated mind-altering substances that attempt to copy the effects of illicit drugs.

The NIDA reports “Some of these substances may have been around for years but have reentered the market in altered chemical forms or due to renewed popularity.” If you have found yourself cught up in the popularity of these drugs and have begun using them, it’s time to stop and Addictions.com can help. 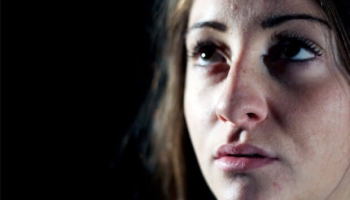 Synthetic marijuana can cause extreme anxiety, paranoia, and symptoms of psychosis.

Users find them in drug paraphernalia shops, novelty stores, gas stations, and through the Internet. They are manufactured in colorful metallic foil packages or in liquid form. Although the federal government has permanently banned numerous types of synthetic cannabinoids, packages of synthetic marijuana are still sold in many convenience stores because they contain versions of cannabinoids not covered by the government ban.

The NIDA warns of false labelling: “Synthetic cannabinoid products are often labeled ‘not for human consumption.’ Labels also often claim that they contain ‘natural’ material taken from a variety of plants. However, the only parts of these products that are natural are the dried plant materials. Chemical tests show that the active, mind-altering ingredients are cannabinoid compounds made in laboratories.”

When using the drugs, the doctored leaves may be smoked or added to actual marijuana and then smoked. It can also be brewed as tea. In its liquid form, synthetic marijuana is vaporized in an e-cigarette.

It should come as no surprise that unregulated and ever-changing synthetic marijuana is dangerous. According to the American Association of Poison Control Centers (AAPCC), “The harmful effects from these products were first reported in the U.S. in 2009. Since then, the drugs have spread throughout the country. Poison centers received 2,668 calls about exposures to these drugs in 2013 and 3,680 exposures in 2014.”

The NIDA identifies reactions from synthetic marijuana that mirror those felt by traditional marijuana users, including:

However, more serious reactions can also occur. The AAPCC calls synthetic drug use a risk to the public’s health and a hazard to public safety and reports the following side effects:

The site also warns that use of synthetic marijuana is “extremely dangerous and addictive” and the “health effects from the drug can be life-threatening.”

The NIDA does confirm that synthetic marijuana can be addictive. Over time, users may develop a tolerance and need larger quantities of the drug to achieve the same effects. With increasing, chronic use, users will become addicted and any attempt to stop will result in withdrawal effects, including:

Currently, there are no medications that can be used to treat withdrawal or addiction to synthetic cannabinoids.