If you suspect a co-worker or employee of abusing drugs and alcohol, you may feel tempted to confront them and offer solutions. But, misplaced accusations can prove crushing to misdiagnosed individuals, not to mention they cross professional boundaries.

In order to maintain professionalism and address the problem, it is important that your focus be on job performance. Only those things which can be documented and addressed are relevant to a work discussion.

And although any organization big or small can face the difficulty of employee substance abuse, there are industries that have a higher than average number of difficulties. These include food service, construction, mining and drilling, excavation, nursing, and installation, maintenance and repair.

The workplace can be impacted by drug and alcohol dependence in a number of ways. The largest possible impacts are:

As an employer or co-worker, you understand how important it is for every member of the team to arrive promptly with a good attitude and ready to work. Substance abuse makes this impossible. It may also cause: 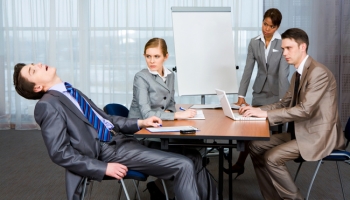 If an employee is often late for work or even falls asleep on the job, they may have a substance abuse problem.

When work is compromised by drug and alcohol use, additional time is needed to deal with the behaviors that caused the compromise. Thus, it becomes a continuing cycle that robs workplaces of resources and professionalism.

As you read through the following signs, you may feel that they are often general or could indicate a problem other than drug or alcohol abuse and you would be correct. Your job as a co-worker or employer is not to diagnose or treat a substance abuse disorder. Instead, you should focus on the employee’s performance and directly address it when making criticisms.

Virginia Commonwealth University breaks down the behavior into the following stages:

Stage one: casual or “experimental” use

Takes frequent days off for vague ailments or improbably reasons

Stage three: preoccupied with “getting high”

There is no simple solution to workplace substance abuse disorders, but offering support and treatment allows the workplace to dramatically assist in reducing the effect of alcoholism and addiction on employees and employers.

The establishment of an Employee Assistance Program (EAP) is believed to be the most effective way to address alcohol and drug problems in the workplace. Additionally, employers can implement a drug-free workplace and establish written substance abuse policies; offer comprehensive health coverage for substance use disorders and their treatment; decrease stigma in the workplace; and educate employees about the health and productivity hazards of substance abuse disorders via company wellness programs.

Can a Stressful Job Lead to Substance Abuse? Managing Stress in the Workplace During Recovery How Can I Tell if My Nursing Colleague is Abusing Drugs? How Do I Help a Coworker Seek Addiction Treatment? Nurses and Workplace Substance Abuse Risk Factors