A study funded by the National Institute on Alcohol Abuse and Alcoholism (NIAAA), part of the National Institutes of Health, found roughly 4 percent of Americans met the criteria for drug use disorder in the past year and about 10 percent have had drug use disorder at some time in their lives. That means one out of every ten people or ten people out of every one hundred have dealt with or are dealing with a drug disorder. That equals approximately 23 million adults in the United States attempting to cope with problematic drug use.

In addition, based on the results of the same study, 75 percent of people with drug use disorder never receive any form of treatment. That means ten out of every one hundred people deals with a drug use disorder at some point in their lives and of those ten people only about two or three of them pursue treatment.

The most startling thing is that these results, those that refer to the general public, are similar to those that refer to nurses. In fact, a 1997 statement by the American Nursing Association estimated as much as 10 to 20 percent of nurses have substance abuse problems. With nearly 3 million RNs employed in the U.S., that means almost 300,000-600,000 RNs may be substance abusers.

No statistics have been formally gathered to address the number of nurses who seek treatment. However, a survey of 300 nurses enrolled in treatment programs showed that one-sixth had changed work sites (generally via internal hospital transfer) to have an additional, easier access to drugs in their workplace.

Many would believe that medical health professionals, especially nurses would be above addiction because they understand the inherent risks of drug use, but the combination of high-stress work and access to drugs make nurses especially vulnerable to the ravages of drug abuse. 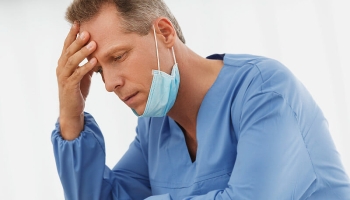 A nurse who is overworked or has insufficient stress management skills is more likely to abuse substances.

A National Council of State Boards of Nursing, Inc. 2011 report, titled “Substance Use Disorder in Nursing: A Resource Manual and Guidelines for Alternative and Disciplinary Monitoring Programs,” identifies the following general risk factors, which tend to make an individual more susceptible to developing a substance use disorder.

Many people consider working in the healthcare field alone to be a risk factor, however, the report identifies the following specific risks that nurses face:

Role strain: like inadequate support at work, burnout and work overload or a feeling of insignificance in the ability to make changes

Problems of daily living: like loss of a significant other, poor coping skills and insecurity and isolation

Enabling by peers and managers: like peers overlooking symptoms because of a misplaced loyalty for fear that the nurse would lose his/her job if the substance use problems were detected

Lack of controls: like work schedules and other job demands that create adverse states such as stress and fatigue, which can lead to viewing any drug use as a coping mechanism or solution

Attitudes towards drugs and drug use: the report identifies five that are particularly risky

Nurses have specific workplace risk factors which may increase their risk for the development of a substance use disorder. Statistics show that abuse is certainly as common among nurses as it is in the general population and maybe even more so.

Managing Stress in the Workplace During Recovery Can a Stressful Job Lead to Substance Abuse? How Can I Tell if My Nursing Colleague is Abusing Drugs? How Do I Help a Coworker Seek Addiction Treatment? How to Spot a Co-Worker or Employee with a Substance Abuse Problem