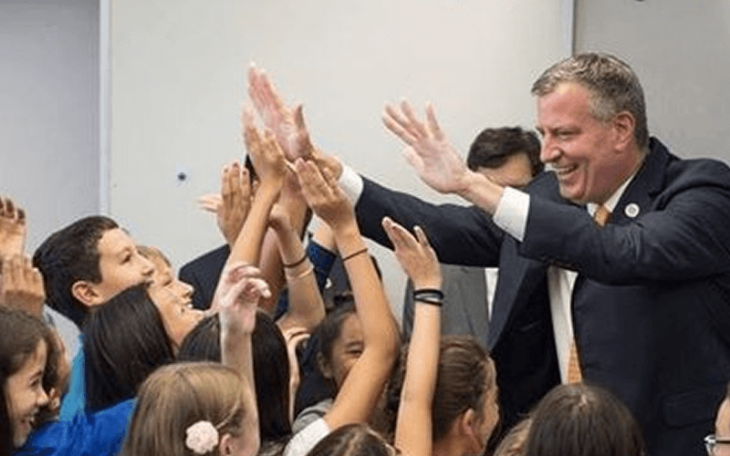 The city’s mayor, Bill de Blasio, broke the news Jan. 23, 2018, little more than a week after New York City filed a similar suit against “Big Oil” companies over the damages from pollution and climate change.

Simmons Hanly Conroy, an Illinois law firm, is representing the Big Apple in its lawsuit.

Companies targeted in the suits have all denied and disputed the allegations.

Chicago was the first major U.S. metropolis to file this kind of lawsuit, but since it did so in 2014, other cities have done likewise.

Seattle then sued Purdue Pharma and Teva Pharmaceuticals, saying 10,000 people have been killed by opioids in Washington State in the last two decades, adding that more than 200 drug-related deaths in Kings County in 2016 were caused by opioid abuse. Washington State plans a separate suit of its own. The lawsuits accuse the companies of not correctly educating doctors about the dangers of the drugs, and also of exaggerating the effectiveness of opioid treatments.

Other cities and states filing suits include Indianapolis and Cincinnati, as well as states like Ohio, which has been very hard hit by the opioid abuse crisis.

In announcing his city’s suit against drug makers and distributors, the New York mayor called the opioid crisis a “national tragedy.” New York sued Teva and Purdue, as well as several other drug companies and distributors. All those companies claim their sales and marketing of opioid medications were lawful and responsible and that distribution to doctors included specific warnings of possible abuse and training in how to minimize such risk.

Meanwhile, a 2018 study of Centers for Disease Control and Prevention data by nonprofit Altarum suggested that the total cost in the United States since 2001 of the opioid crisis has been more than $1,000,000,000,000. Altarum went on to suggest that the costs of opioid overdoses are rising and that they could top $500 billion for the next three years.

Altarum counted both the cost of lost economic productivity and earnings by those who’ve died in the epidemic as well as the tax take lost by municipal, state and federal governments.