Heroin abuse and addiction rates continue to rise as cheaper and more accessible supplies infiltrate city streets and neighborhoods. The effects of heroin may seem desirable at the outset, though continued use makes any initial “high” a person experiences that much more difficult to come by.

As a drug, heroin belongs to a class of drugs known as opiates. Heroin falls in the most potent class of controlled substances, known for their high potential for abuse and addiction, according to the United States Drug Enforcement Administration. 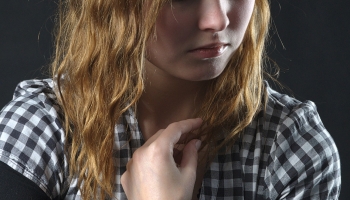 Heroin addiction can harm you and your loved ones in more ways than you may realize.

Like all opiate-type drugs, the effects of heroin act as a central nervous system depressant, slowing down a person’s major bodily systems. Users experience feelings of euphoria coupled with an all-encompassing calm. When abused, this effect becomes more and more damaging to the body’s overall health.

As a street-based drug, there’s no telling how strong any one particular batch of heroin will be or the types of additives used in its making. While one batch may be fairly weak, the next may be exceptionally strong, which can place a considerable strain on the brain’s ability to regulate bodily processes.

Effects in the Brain

Heroin comes from the morphine ingredient contained in the opium poppy seed plant. When ingested, the brain converts heroin into morphine. The brain also houses specialized brain cell receptors that produce endorphin chemicals, some of which carry the same chemical properties as heroin.

According to the National Institute on Drug Abuse, brain cells quickly develop a tolerance to the effects of heroin so a person must ingest increasingly larger doses over time to experience the same “high” effect. This mechanism accounts for why heroin carries such a high potential for abuse and addiction.

As the effects of heroin impair the brain’s ability to regulate bodily functions, the brain and body come to grow dependent on heroin’s effects in order to function normally. As tolerance levels continue to grow, a person will start to experience withdrawal effects as bodily processes skew further and further out of balance.

According to the University of Arizona, withdrawal effects may take the form of:

In effect, the body has become physically dependent on heroin.

Heroin addiction sets in as chemical imbalances in the brain reach a point where a person’s executive cognitive functions become impaired. In this state, addicts actually believe they need the drug to make it through any given day.

Once addiction sets in the effects of heroin become the center of a person’s world regardless of any negative consequences that may result.