According to CESAR, “Heroin is a highly addictive drug regardless of the route of administration.” Someone who abuses the drug long enough can become tolerant to its effects, dependent on it physically and psychologically, and incredibly addicted. If you have been using heroin and are not certain of your condition when it comes to these issues, here are 13 unmistakable signs you need help for heroin addiction.

1. Wanting Heroin More Than Anything

If you realize that you are more interested in doing heroin than anything else, you are already addicted to the drug. Individuals who become addicted to heroin will not want to do anything other than abuse the drug; activities, interests, and people which were once important to them will become unimportant in the face of heroin addiction.

2. Building Up a High Tolerance

Those who build up an intense tolerance to the effects of heroin will often do anything in order to experience a high: they might start taking prescription opioid medications, combining heroin with other drugs, or doing other dangerous things to try and counteract the tolerance they’re experiencing.

“Many users continue abusing the drug after they no longer experience the euphoric effects, simply to provide relief from the painful, flu-like withdrawal symptoms.” If your use of heroin has gone from causing you to experience a euphoric high to merely an attempt to stave off the withdrawal symptoms you know you will experience if you stop, your addiction is strong and you are unlikely to be able to fight it without help. In some cases, according to CESAR, withdrawal from heroin can even cause death (which might occur if you are experiencing extreme symptoms).

If you go through overdose, you absolutely need help for addiction. As stated by the NLM, “If a user becomes dependent, then they are between 6 and 20 times more likely to die than someone in the general population.” Going through overdose once and surviving does not guarantee that you will be able to stop abusing heroin; on the contrary, it makes it less likely. You will need intense addiction treatment in this case. 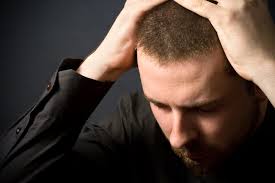 Many individuals lose their jobs as well as control over their finances when they begin to abuse heroin. Because the drug is so expensive and causes users to become apathetic toward their professional life, a person’s financial situation can truly spiral out of control as a result of heroin abuse. If you are experiencing this type of issue already, you should not wait to ask for help.

6. No Control Over Your Heroin Use

You abuse heroin at all times: alone and with others, at work, at school, etc. If this is true, it will be nearly impossible for you to quit without help. The lack of control means that you are addicted and that you will not be able to stop yourself from abusing heroin which will become more dangerous the longer it goes on.

According to the NIDA, IV needle users have a high risk of contracting hepatitis and AIDS due to the sharing of needles. If you have already contracted one of these diseases, you should seek help for your addiction right away. Continuing to abuse heroin while in this state will only make you worse, and you will be even more likely to experience other repercussions, even deadly ones, from these conditions.

Many heroin addicts tend to experience severe depression as a result of their drug abuse. It can lead to many other problems, and some users even attempt suicide as a result. Heroin addiction can also be more likely to occur in an individual already suffering from depression, meaning the symptoms of a depressive disorder should convince you to attend treatment as soon as possible.

9. Inability to Deal with Stress

As stated by the NIDA, “Studies have shown some deterioration of the brain’s white matter due to heroin use, which may affect… responses to stressful situations.” If you have experienced an extremely decreased ability to deal with stress and/or respond well in stressful situations, it may be a result of your heroin abuse. Because of this, you will not be able go through withdrawal and recovery alone as relapse will be extremely likely. You should seek help in order to fight your addiction, as doing so will be very difficult and stressful.

10. Only Feeling Normal with Heroin

Someone who abuses heroin will often see their relationships break apart as they start to take more and more of the drug. A person’s loved ones will often not be able to watch them continue abusing this harmful substance and, in many cases, will have to distance themselves from the individual. Unfortunately, this often occurs before the person realizes they need help to get better.

It is important to note that relapsing after addiction treatment does NOT mean that you have failed in your recovery. Often, though, it means that you may need more treatment or another kind of heroin addiction help. Make sure you reach out to someone if you relapse; otherwise, you might continue down that bad path and truly throw away your progress.

Heroin abusers can often experience severe weight loss to the point where they become ill. When a person abuses heroin often, they will not be interested in eating right or maintaining their nutrition. This malnourishment can even lead to death if the individual does not stop abusing the drug and learn to properly care for themselves again.

Heroin Addictions and the Increasing Severities How to Help a Heroin Addict Can I Avoid Heroin Withdrawal Symptoms Entirely? When to Get Help for Heroin Side Effects Long Term Effects of Heroin Can be Deadly