Heroin abuse has many consequences that can lead to short and long-term problems for an individual. Many people do not realize that even abusing heroin one time can lead to health problems, social issues, and even death.

Addiction is one of the main consequences caused by heroin abuse. People who abuse heroin chronically will become addicted fast. Regular heroin use changes the functioning of the brain.” This is what leads to heroin addiction, which also goes along with a host of other issues, including: 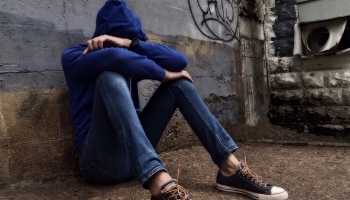 Heroin use can lead to a long struggle with addiction.

Addiction to a drug as strong as heroin often requires continual treatment that may last for a very long time. Many heroin addicts attend methadone maintenance treatment which lowers their likelihood of relapse but needs to be taken every day, often for several years or more. Heroin addiction changes your entire life and will usually affect you for the rest of it.

Heroin users are in extreme danger of fatal overdose. In 2011, 11 Americans died every day from heroin overdose––nearly one person every 2 hours.” Because the drug is so intense and users cannot often tell how much they have taken until it is too late, the symptoms of overdose are common in heroin users, and, as heroin overdose symptoms are life-threatening, many people die from this problem.

Heroin affects a person’s breathing, slowing it down and, in an overdose situation, often stopping it completely. Respiratory depression is the main cause of death in heroin overdose. A drug called “naloxone is sometimes used as an emergency treatment to counteract the effects of heroin overdose,” but it must be administered as quickly as possible (NIDA).

Other Consequences of Heroin Abuse

Heroin abuse has many consequences that people do not consider. For example, “heroin bought on the street often contains a mix of substances, some of which can be toxic and can clog the blood vessels leading to the lungs, liver, kidney, or brain” (NIDA Teen). These organs can become permanently damaged, even by the substances which are not actually heroin but are injected by users along with it.

The consequences of heroin abuse can affect every aspect of your life. And the longer you abuse the drug, the harder it will be to reverse them.