When a child is addicted to drugs, it can be hard for parents to know what to look for. An addiction to drugs can affect all types of people and once it has begun, it can be very difficult to stop without professional help.

It is important to seek out help as soon as the symptoms begin, as drug abuse will wreak havoc on the mind and body, and in extreme cases, even kill the user. According to the U.S. National Library of Medicine, the factors that can lead to the use of drugs may include the child’s genes, peer pressure, the action of the drug, anxiety, attention deficit disorder, PTSD, depression, or environmental stress.

If a child is becoming addicted to drugs, there will be noticeable signs and symptoms that can include physical and/or behavioral symptoms and signs that the parent or guardian will be able to notice. 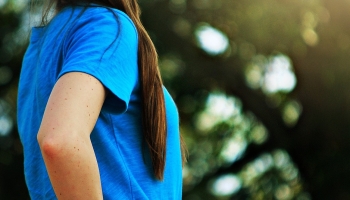 Irritability, depression, and lethargy are common behavioral signs of addiction.

The most obvious of the signs are the physical ones, as they begin on the inside of the body. Drug abuse tends to change the child’s appearance and depending on the type of drug, it can leave different signs.

These signs include constricted or dilated pupils, bruises, infections, or other physical signs where the drug entered the body, such as from needles, nosebleeds, and most commonly, bloodshot or glazed eyes.

Addicts may also try to use perfumes or air fresheners to hide the scent of smoke or eye drops to hide bloodshot eyes. Different drugs will bring different signs and it is important to look up the symptoms of specific drugs to get a clearer idea for the type of drug the child could be using.

When an addiction strikes, it can begin because of the impulsive behavior of the individual when he or she decide on impulse to try a potentially addictive practice. When he or she gets a high from the use of the drug, they continue to use more and more in order to continue feeling the high, which leads to an addiction.

According to the National Institute on Drug Abuse, while the first use of drugs are usually voluntary, the substance can cause brain changes over time and challenge their self-control, which will hinder his or her ability to resist the strong impulse to use their drug of choice.

However, it does more than just affect them physically. Drug abuse can affect the child’s mind and cause negative consequences to his or her behavior and habits as the addiction progresses by changing the brain’s ability to form coherent thoughts.

The behavioral signs of a drug addiction may include an increase in aggression and irritability, depression, lethargy, a drastic change in priorities and habits, a change in his or her social life, and a sudden participation in criminal activity.

Drug abuse does not just affect behavior, but it can also affect the psychological side of the child while they are suffering from a drug addiction. Some of these symptoms may include a sudden change in personality or attitude, an increase in hyperactivity or agitation, and a lack of motivation due to the inability to focus.

The child may also seem more paranoid, afraid, withdrawn or anxious with no reasoning behind it.

A Change in Social Life or Education

The child’s social life and education can also suffer from the use of drugs and can exhibit signs that the parents can notice to indicate a drug addiction. When an individual is experiencing a drug addiction, it can cause them to lose focus and motivation toward the things that used to matter most to them before the substance abuse.

Some of these signs can include skipping or failing classes, causing trouble while he or she are in school, a loss of interest in extracurricular activity, becoming disruptive or rude in classes, a change in relationships and friends, and he or she may become isolated and secretive.

While these signs may seem normal for an adolescent, it can be an important clue when a parent begins to suspect him or her of drug use.

It is important to know the signs when a parent or guardian suspects their child of using drugs and experiencing an addiction. The signs may be physical, behavioral, psychological, or social, and can change the personality of the user in a very noticeable way.

Teen Addictive Behavior: What to Look For How to Have a Conversation About Drug Addiction with your Teen Are Raves Ruining our Teens? Teens, Prescription Drug Abuse, and Common Questions How to Find a Rehab Center for Your Teen