It’s important to remember that rave culture has been developing since the 1950s, when it was used in the UK for the wild parties of Soho beatnik bohemians. It evolved in the 1960s to suit mod youth culture, and it fell out of common usage in popularity during the 1970s and early 80s.

But, the birth of techno and acid house music (both forms of electronic dance music, or EDM) brought the rave back into vogue, spreading the culture across the globe. Since the 1990s, the types of EDM have expanded and the rave as most people understand it was fully formed.

Now, raves are even hosted by large clubs and venues, no longer kept secret until the night of the event. The increasing acceptance of rave culture means that most people are familiar with the frenetic, free form dancing; extensive use of glow sticks and related light show materials; and electric neon attire that typify the events.

The other common component? Drugs.

With its prominent drug subculture, the rave has come to be associated primarily with MDMA, a synthetic club drug. Commonly called ecstasy or molly, MDMA is a synthetic drug that affects perception and mood. Think of it as a blend of stimulants and hallucinogens, both of which share chemical similarities with it.

Can teens go to raves and avoid partaking in MDMA?

However, regular attendance at events that normalize drugs increases the likelihood that teens will recreationally experiment with them. It is important to remain actively involved with your teens life, communicate the dangers of these drugs, and get your teen professional, structured drug and alcohol treatment if they succumb to the pressure to use and find they have a substance use disorder.

Don’t ignore the situation and hope that it will go away.

If your teen needs help, we are here to assist you. Our treatment professionals have the answers to your questions, recommendations to topnotch treatment, and the ability to discuss funding.

Why Do Teens Use MDMA? 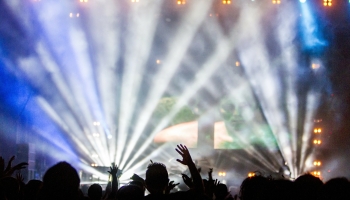 Teens use MDMA at raves to enhance the experience.

According to the National Institute on Drug Abuse, MDMA users seek out MDMA because it causes:

Why Is MDMA Use Dangerous?

There are very alluring effects, but MDMA can also cause:

If one continues using MDMA over a period of a week, they can expect to feel:

The biggest dangers are the product of MDMA’s effect on body temperature, which can skyrocket during use. This increase in body temperature can lead to kidney heart, or liver failure or death.

Also, because MDMA increases sensations of closeness, it may encourage unsafe sexual practices that put users at risk of contracting or transmitting hepatitis or HIV/AIDS.

The answer varies among researchers. Some argue that it is addictive, and they point to animal studies where the test subjects self-administer the drug, which is an indicator of abuse potential.

Another sign of dependence or addiction is the presence of withdrawal symptoms when one stops using MDMA. Users report feeling:

You may not know this, but MDMA is supposed to be “pure.” However, much of the molly seized by law enforcement contains additives, including:

In addition to being extremely dangerous, many of these additives also demonstrate a high potential for abuse that can lead to physical or psychological dependence.

What Should You Look For?

In 2015, according to the Monitoring the Future survey, 5.9 percent of 12th grades admitted taking MDMA in their lifetime. Don’t let your teen be another one. Keep an eye out for:

All of these can be signals of addiction. For MDMA specifically, look for:

What Can You Do?

When you are able to verify that your teen is using MDMA, you need to have an honest conversation with them and begin to more closely monitor their behavior. Your teen will object, but you need to know where he/she is going at all times and what they will be doing and who they will be with. If your teen lies or returns to using MDMA, he or she has a problem and they need help.

Teen Drug Abuse: The Signs to Watch For How to Find a Rehab Center for Your Teen What Parents Can Do About Teen Drug Use Teens, Prescription Drug Abuse, and Common Questions Helping a Teen that’s Suffering from Addiction