People who undergo surgery or suffer an unexpected injury may be prescribed Roxanol in cases where moderate to severe pain symptoms can be expected. While effective at relieving pain, the risk of developing a Roxanol abuse problem runs high because of how this drug interacts with the brain and body. For these reasons, it’s especially important to be able to spot signs of Roxanol abuse and get needed treatment help before the drug’s effects start to cause more harm than good. 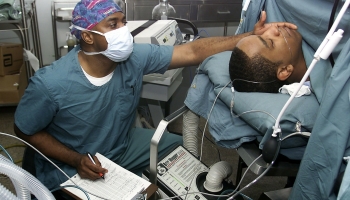 Roxanol is often prescribed after surgery to help manage moderate to severe pain.

According to the U. S. Department of Health & Human Services, symptoms of acute pain, such as that experienced after surgery or from a serious injury can persist for up to six months in duration. While effective, using Roxanol for three months or longer creates an unstable chemical environment in the brain, which sets the stage for Roxanol abuse practices to take shape.

Roxanol’s morphine base places this drug within the Schedule II class of controlled substances. According to the U. S. Food & Drug Administration, drugs within this class carry a high risk of abuse and eventual addiction when used on a long-term basis.

In effect, Roxanol, like morphine, interferes with the brain’s chemical pathways and essentially reconfigures brain chemical processes over time. Once Roxanol abuse takes root, it becomes increasingly difficult to reduce or stop using the drug the longer a person keeps taking it.

When this happens, larger doses must be ingested in order to experience the pain-relieving effects of the drug. In essence, changes in tolerance level mark the first step towards Roxanol abuse.

As tolerance levels increase, the brain’s chemical processes become more dependent on Roxanol effects to function normally. At this point, a person will likely start experiencing withdrawal effects, an indicator that more of the drug is needed to maintain normal brain functioning. Withdrawal effects typically take the form of:

With continued drug use, Roxanol abuse gradually morphs into Roxanol addiction as chemical imbalances worsen to the point where the brain’s reward system functions become affected. Much like the body’s physical dependence on the drug, Roxanol addiction develops out of the mind’s dependency on the drug’s effects. By the time addiction sets in, a person believes he or she needs the drug to cope with daily life.

As with all opiate drugs, Roxanol’s pain relieving effects can actually make pain symptoms worse after using the drug for so long. In effect, the body’s nerve cells become hypersensitive to the drug’s effects creating a boomerang effect that works to counteract Roxanol’s intended effects. Unfortunately, many people attempt to override these developments by taking even larger drug doses, which only makes the problem worse.