Opioid dependence develops over a period of drug use, whether it is licit use of these drugs prescribed by a doctor or illicit drug abuse. According to the NLM, “The time it takes to become physically dependent varies with each individual,” but dependence occurs after almost any regular, long-term use of a opioids.

Opioid dependence, while not as problematic as addiction, is an issue and should be treated carefully. It is important to understand how opioid dependence develops so that you can keep track of your own symptoms as an individual who uses opioids and seek treatment if necessary.

Who is at Risk for Opioid Dependence? 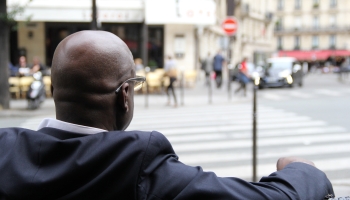 Even taking opiates as prescribed can lead to dependence.

Anyone who takes opioids in the long term and uses them regularly has a potential of experiencing opioid dependence. In many cases, those who take these drugs for several months to treat a pain issues become dependent before they stop. This means that doctors will need to wean patients off of their opioid drugs slowly in order to avoid the more intense withdrawal symptoms.

Those who abuse opioids as well will be more likely to become dependent on them the longer they use them. According to the NLM, “About 9% of the population is believed to misuse opiates over the course of their lifetime, including illegal drugs like heroin and prescription pain medications such as Oxycontin.”

In any of the individuals mentioned above, there is a chance that opioid dependence can develop. But how does this occur?

How Does Opioid Dependence Develop?

Opioid dependence develops over time based on a person’s regular use or abuse of opioid drugs. When someone takes these drugs often (usually every day), the body begins to rely or depend on them. The individual will start to feel like they cannot feel normal without the drug in their system.

As stated by the NIDA, “The development of dependence to morphine [and other opioid drugs]… involves specific areas of the brain, separate from the reward pathway’ which has a more direct effect on whether or not the person will become addicted to opioids. The thalamus and brainstem are both involved in the development of dependence. This is why a person can become dependent on a drug without being addicted.

With the repeated use of opioid drugs, dependence occurs. “Dependence develops when the neurons adapt to the repeated drug exposure and only function normally in the presence of the drug” (NIDA). This why individuals feel that they only feel normal when they are on opioids after becoming dependent. The brain adapts to opioid drugs over time, the effects they cause and way they can make the individual feel better. Opioid drugs can cause all kinds of effects including:

The brain becomes used to these feelings and relies on the drug to deliver them. This is why the condition is called dependence, because the brain depends on the drug to give it the effects it gets used to, and in some cases craves, over time.

How Do Withdrawal Symptoms Develop?

These symptoms develop as a direct result and as a part of dependence. If someone is abusing opioids (like heroin and even prescription opioids), while also being dependent, they may be addicted as well. In this case, “users also experience severe craving for the drug during withdrawal, which can precipitate continued abuse and/or relapse” (NIDA).

Many of these symptoms occur because opioids cause the opposite effects on those who use them. While someone who is dependent on opioids will be used to the effects of constipation, pain relief, drowsiness, and relaxation, stopping the drug will cause diarrhea, muscle pain, insomnia, and anxiety. Other symptoms are caused because the body is trying to recover from its drug use which will feel similar to having a bad cold or the flu.

All of these behaviors are ones you can avoid in order to make opioid dependence less likely. When someone abuses opioids, they can always become dependent as well as addicted. Long-term opioid use under the supervision of a doctor may cause dependence as well, but it can be managed with tapering of the drug and discussions with your doctor about how you are feeling.

Opioid dependence develops through regular, long-term opioid use and while it can be problematic, it is commonly experienced by many individuals. If you are worried that you may be becoming dependent on opioids, look for the signs of opioid dependence, talk to your doctor, and seek treatment if necessary.