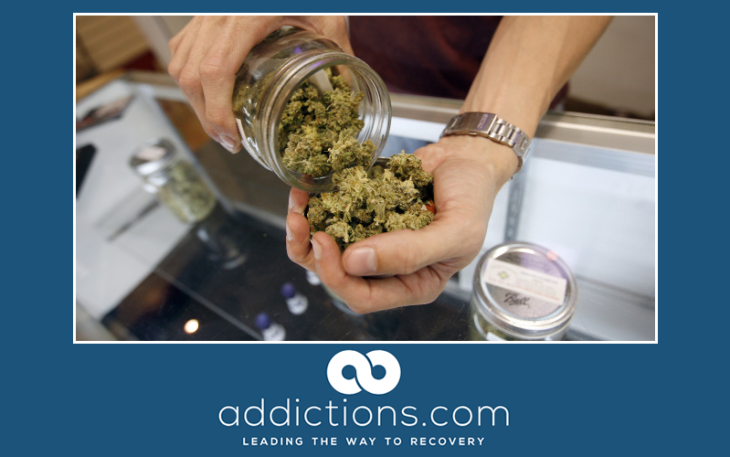 The 20th of April, known to thousands of Americans as “4/20” or “The High Holiday” has become a popular holiday where many States celebrate the legalization of recreational marijuana by holding public celebrations featuring mass consumption of the drug.

The parties, which usually begin at 4.20pm and last until Midnight, involve the smoking or eating marijuana which is now legal in nine States in the US.

The drug can be bought from special stores or ‘Pot Dispensaries,’ most of which employ “bud-tenders” to advise customers on the best product for their purposes.

Unfortunately, a new study in JAMA Internal Medicine has revealed that these high spirits can carry a high price.  The study shows that, on the High Holiday, the number of fatal traffic accidents increases substantially – around 12 percent – during the hours of 4.20pm and midnight.  The study, which used data from the past quarter of a century, confirms that this increase, on this specific date, only occurs after the advent of these pot parties. The figures are particularly dramatic within the 20 years and under demographic.

Despite many marijuana advocates claiming that the risks involved in driving while high are minimal, the new figures show a different story, with some experts suggesting that the high drivers are as dangerous as those who drive under the influence of alcohol.

Marijuana is a psychoactive drug made from the Cannabis plant and is known for its mellow mind-altering effect.  Many users experience a feeling of relaxation and well-being along with heightened perception whereas others may experience more negative emotions such as paranoia or anxiety.

Like any drug or stimulant, marijuana can impair judgment and perception and can certainly reduce the ability to drive responsibly on the road. Users may experience an altered sense of time and distance as well as a lack of concentration and poor decision making.  Although there are no set guidelines as to the amount of marijuana permitted before getting behind the wheel, like alcohol, common sense should dictate that leaving the car at home when planning to get high is a good idea.

As with alcohol, the penalties for driving while high can be severe and long-reaching.

18 States within the US operate a zero-tolerance policy on driving while high and, penalties can range from $10,000 to $50,000 in fines, a loss of license for up to eight years and up to three years in jail.  Of course, penalties for those causing serious or fatal traffic collisions while high are much more severe.

University of Toronto Professor, Dr. Donald A Redelmeir has suggested that America look to the Netherlands for guidance on the safe and responsible use of marijuana. The European country has enjoyed legalized marijuana for many years and, yet, their roads are much safer than those in the USA due to stringent measures such as speed cameras, radar and sobriety checkpoints.

Study: Drinking could be nearly as harmful as smoking