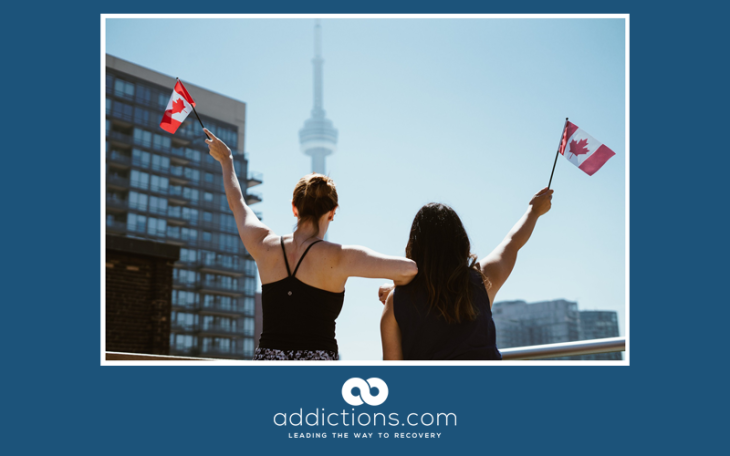 At midnight on Wednesday, recreational use of marijuana became legal in Canada, making it the second nation after the South American country Uruguay to legalize the drug.

People in Canada have been able to use marijuana for medical purposes for nearly two decades, however.

Across Canada, people lined up for hours to be able to buy pot when the deadline passed. Buyers in Newfoundland, far in Canada’s east, were able to buy marijuana before the rest of the nation’s people.

The Canadian government and its many provincial and municipal governments have been gearing up for this day for a long time, preparing their police forces for the possible increase in drug-impaired driving and mailing warnings and revised regulations to 15 million households.

South of the border, in the United States, pot is still technically illegal under federal law, although some states have legalized it for both medical and recreational use. Confusion still exists, however, about how forcefully the federal authorities will carry out those anti-marijuana laws. Watching for hints of renewed or relaxed enforcement by the United States Department of Justice has become something of a sport in the country.

Like the United States, Canada has allowed different provinces and cities to put forward different regulations about how, when and where recreational marijuana can be bought and used. It will take about a year, for example, for cannabis-laced foods, so-called “edibles,” to come on the market legally.

Legalization has also moved far ahead of any legitimate market for marijuana in many areas of Canada. Stores selling the drug won’t open in Ontario, for example, until next year, leaving customers the option of ordering pot online or buying it from the formerly illegal black market sellers who have achieved a quasi-legal status since Canada began discussing legalization.

Authorities in Canada have said their main goals around legalization are to keep the drug out of the hands of underage children, to weaken the criminal industry that has long smuggled and sold the drug, and cutting the number of drug convictions in the country, which are a heavy burden to its justice system. Selling marijuana to a child will still carry a strict penalty – up to 14 years in jail.

Prime Minister Justin Trudeau faces an election next year, and his supporters and opponents will be watching the effects of marijuana legalization closely, looking for positive or negative outcomes for the upcoming political fight.

Trudeau said in pushing for full legalization that criminal restrictions hadn’t been very effective in Canada, which still had one of the highest rates of pot usage in the world.