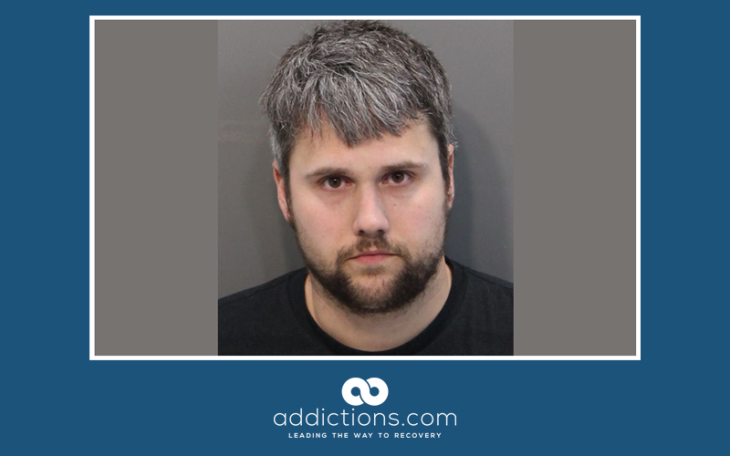 Star of ‘Teen Mom,’ Ryan Edwards, has been arrested for possession of heroin in Tennessee while on probation.

Edwards (30) has featured largely on the reality television program since its inception after previously appearing with his ex-girlfriend, Maci Bookout, on a similar program, ‘16 And Pregnant.’

Although it has not been confirmed as to what Edwards did to break his probation, It is believed that Edwards was on probation following an arrest for heroin-related charges. Police arrested him at his home on a petition to revoke.

Celebrities who have died as a result of heroin abuse include actors Philip Seymour Hoffman and River Phoenix and rock star, Janis Joplin.

Edwards, who posted bail on Wednesday, has a nine-year-old son with his previous partner, Maci Bookout and, just one day before his arrest, his current wife, Mackenzie Standifer (21) had announced that the couple is expecting their first child. Despite her husband’s arrest, Standifer has insisted that everything is fine.

In addition to his current and previous arrests, it seems that the star has a history of drug use.  Some episodes of the program, Teen Mom OG” caused viewers to take to social media after noticing that Edwards’ behavior seemed erratic – in one episode, episodes, cameras captured the celebrity repeating himself and appearing to fight sleep, symptoms common to anti-depressant addicts.

Heroin is an opioid widely used as a recreational drug for its mind-altering, euphoric effects. Often mixed with domestic household substances and other harmful additives, heroin is highly addictive and can cause unconsciousness and death even in small doses.

In 2017, Edwards was caught on camera speaking in a slurred voice and seeming to doze off at the wheel on the way to his wedding.  His wife told producers of the TV show that her husband was, at one time, spending up to $10,000 every week on drugs but had since sought help for his addiction.