Long-term use of marijuana can lead to addiction. Many in the United States do not know/ believe that marijuana is addictive. Of those that start using in their teen age years, one in six will become addicted, according to studies done by the National Institute on Drug Abuse.

Knowing about the effects of marijuana and what addiction looks like are key factors in recognizing that an addiction is present and if treatment is necessary. So, what does a person who uses marijuana look like when they are high?

Signs while under the influence of marijuana include:

What are some of the indicators that a person has a problem or addiction to marijuana? 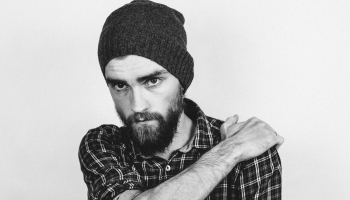 Marijuana addiction is linked to a withdrawal syndrome similar to the withdrawal a nicotine addict experiences. This can mean that the withdrawal can be quite harsh and thus make quitting hard to stick with.

Symptoms of withdrawal can include:

While there are currently no approved drugs to treat marijuana addiction, researchers at NIDA are hopeful that recent breakthroughs in their studies can lead to results soon. According to the research, there is a naturally occurring substance in the brain called kynurenic acid that appears to lessen the effects of THC in animal models for drug abuse and addiction. The scientists are anticipating that a drug that will help with rehabilitation from marijuana addiction can be derived from the information obtained in this study.

Most current treatments zero in on treating the symptoms associated with Marijuana Withdrawal Syndrome. Aside from drugs being administered to aid in detox, the most commonly prescribed method of treatment is abstinence. Unfortunately, most adults that enter treatment do not even reach the initial goal of two weeks of abstinence. Of those that do reach this goal, about 50% will start using again within a year. Support from family and friends is always a plus in any rehabilitation. Especially when you stop to consider the changes that will happen outside of the actual drug addiction (ex: lifestyle, social circles, etc.) Seeking treatment for regaining a drug-free life is a big step, but it can be successful if the addict wants it badly enough.