Internet addiction has yet, to be listed as a diagnostic disorder in the DSM-V of the American Psychiatric Association. Partially, because it has such a prominent role in society that it is hard to develop any distinct set of criteria for the detecting or diagnosing of characteristics that distinguish normal use from addiction.

Some internet addiction symptoms are obvious, but, most symptoms are those that can be legitimate symptoms of those who are not addicted and this is what makes the disorder so difficult to identify.

We know that there are many people who are unable to control their internet use, have difficulty managing their time on the internet, and continue to use it, despite negative consequences. The following, however, are 10 commonly overlooked internet addiction symptoms that may help us to understand the impact of this phenomenon.

Because the internet has the same ability to provide pleasure, emotional relief, and a way to avoid problems much the same way as alcohol and drugs do, a person may have episodes of “net binges” until they reach satisfaction or exhaust themselves.

Some people become so dependent on the internet that they, literally, have withdrawals (cybershakes) of anxiety, depression, edginess, or irritability when off-line.

Withdrawing from friends and family to pursue internet activities is an unhealthy symptom of internet addiction. It can interfere with interpersonal relationships and cause many disruptions in marriages and family units.

Using the internet to escape from problems or to suppress unwanted emotions of loneliness, helplessness, guilt, anxiety, or depression is an unhealthy symptom of dependence on the internet for feelings of wellbeing.

Lying to others to conceal internet involvements such as the time spent on-line or the applications used, is a recognizable symptom of addiction.

Avoidance is a symptom of internet addiction that involves using the internet to avoid stress at work, marital problems, financial problems, insecurity regarding appearance or inadequacies, and other obligations. 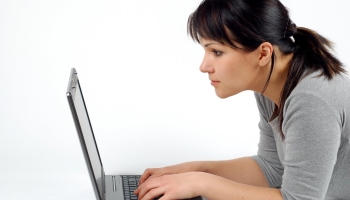 If you isolate yourself to be on the Internet you may have an addiction.

According to an article from the Institute of Psychology in Bamberg, Germany, “Internationally, up to 15.1% of intensive Internet use among adolescents is dysfunctional.”

Problem signals may include:

Adverse physical effects may be symptoms of internet addiction including back pain, eye problems, headaches, muscle aches, or weight gain from extensive periods of sitting, unhealthy eating habits, or lack of exercise while on-line.

Some people gain an overwhelming sense of self worth, power and control, or intimacy and belonging from their time spent on the internet and exhibit altered mood states when they are not.

Co-morbid substance addiction can perpetuate compulsive internet use because the rewarding effects they get while on-line may impact dopamine levels in similar ways that substances do.