With most any type of addiction, what was once considered casual use turns into a habit gone out-of-control. Some people can walk away from it and some people can’t. Ultimately, the effects a habit has on a person’s life becomes the determining factor as far as addictions go. Internet addictions are no different.

As with any other type of addiction, there are certain identifiable causes of internet addiction. These causes have to do with how the Internet affects a person and how he or she uses the Internet as a way to escape from life’s demands. 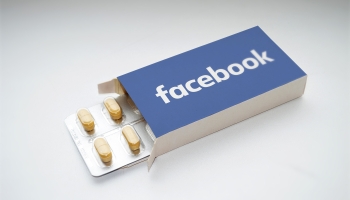 Using the Internet to cope with daily life can lead to addiction.

While still fairly new in existence, data collected from an ABC News survey shows at least six percent of the American population has an internet addiction, while other research studies lean more towards 10 percent. With the range of activities accessible online, internet addictions have actually brought a few offline addictions, such as sex and gambling into the virtual world.

The causes of internet addiction are not that much different from the causes that drive other types of addictions. Most notably, the effects from an internet addiction on a person’s life can be just as damaging as that of an alcohol or drug addiction. Ultimately, it’s the effects of a habit or behavior that indicate whether addiction is an issue or not. In other words, someone who’s lost friends, family, a job or even money because of time spent on the internet may very well have an addiction problem.

As an escape mechanism, someone suffering from a depression or anxiety disorder can easily get lost in a faceless online world. When that same someone experiences feelings of euphoria and relief while online, the seeds for addiction are there. Causes of internet addiction can also stem from relationship conflicts as the Internet becomes a way to escape from difficult situations. As with all addictions, causes of internet addiction have a lot to do with a person’s ability to cope with life’s challenges.

Someone with an internet addiction experiences physiological changes when online as well as when offline. The “rush” from being online results from a release of endorphins in the brain. In effect, the activity taps directly into the brain’s reward system, which plays a role in all addictions. The reverse effect happens in the form of withdrawal symptoms, when a person spends time away from the Internet. This also involves chemical changes in the brain’s reward system.