Heroin is a potent opioid drug synthesized from the morphine content of opium. As a Schedule I Controlled Substance by the DEA, heroin has no currently accepted medical purpose or safety in use with high risk potentials for abuse and dependency. Its illegal status is well warranted in the devastation it can cause.

A person who becomes addicted to heroin loses their ability to control their use and is at risk for potentially fatal consequences.  Many people manage to overcome their addiction, but even with treatment, relapse is a possibility.

Heroin’s Effects That Lead to Relapse 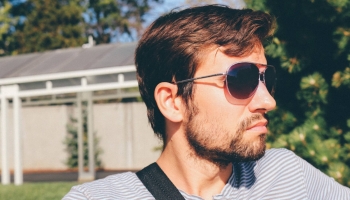 Some people begin to feel overly confident, thinking they can do heroin ‘just this once’ and end up in a full-blown relapse episode.

Much more potent today, than ever before, the adverse effects of tolerance and dependence to heroin develop quickly. Because it is generally smoked, snorted, or injected, heroin’s opioid chemicals rapidly reach the brain to produce the euphoric rush heroin users come to enjoy, but, also works as the powerful reinforcement that causes them to repeat the use and crave more of the drugs.

According to the NIDA, “Repeated heroin use changes the physical structure and physiology of the brain, creating long-term imbalances in neuronal and hormonal systems that are not easily reversed.” Deteriorations of the brain’s white matter due to heroin use have been shown to affect decision-making abilities, responses to stressful situations, and the ability to regulate behaviors which play a crucial role in the addiction course as well as the relapse potentials long after the person stops using heroin.

Embedded memories of the positive effects of heroin use can trigger a relapse through associated cues such as seeing old friends or dealers and visiting places where you once used. Emotions and inability to handle stress can be other precursors to relapse which can begin long before the actual act of resuming use of the heroin.

For those who undergo heroin detox without long term treatment plans such as medication-assisted therapies using methadone or buprenorphine, relapse is highly likely within the first few months. A revolving door for detox services often ensues as individuals feel better from not using a while and then, let down their guards and try heroin again, only to find their dependency worse than before. Heroin relapse, however, should not be viewed as a failure, but, rather as a learning event and possibly, the need for longer, modified, or intensified treatment services.

Although abstinence is essential to relapse prevention, it is not the only issue. Recovery can be achieved only when patients change their attitudes and behaviors that led to and/or were associated with drug use. Patients must learn: (1) that relapse begins long before drug use occurs, (2) to anticipate high-risk situations, and (3) to develop alternative coping skills to manage the stress and frustration of daily life.”

Signs and Symptoms of Heroin Relapse

There are both internal and external internal and external triggers for heroin relapse. Thinking you can do it alone or without making critical changes in your life can be detrimental and possibly lead to other mental health conditions that perpetuate increases in abuse of other substances. Nearly half of young people who inject heroin surveyed in three recent studies reported abusing prescription opioids before starting to use heroin. Once a person becomes dependent on heroin and other opioids, detox, alone, is insufficient in ensuring long-term abstinence.

Heroin recovery can last a lifetime and all the while, the person learns to avoid and/or appropriately process cue-induced cravings, aversive thoughts, emotions, and behaviors to prevent relapse, but, no one is perfect and some heroin abusers will inevitably relapse despite their greatest intentions otherwise. Signs and symptoms of heroin relapse may include:

Heroin addiction can never be completely cured. If the person relapses, they risk developing intensified cravings and withdrawals that make it much more difficult to quit again. Unfortunately, many heroin abusers lose their self-esteem when heroin relapse occurs and they continue or increase their heroin use as a result.

Increasing supply chains around the world vary in their processing methods and consistency in the potency of the heroin that is available in any given dose. Even the most experienced heroin abusers are at risk of overdose with any heroin dose they consume and once tolerance from the drug is reduced such as after detox or a couple of days of not using, the overdose dangers of heroin relapse increase dramatically.

Distributors from the originating opium poppy growers down to the dealer on the street are in the market of selling heroin for the high profits it can bring and at any given point in the supply chain, unknown variants may be added to increase those profit margins. Every time heroin relapse occurs, the abuser subjects themselves to poisons and/or the risks of developing diseases or infections. The compromised health of heroin abusers is significantly higher than the general population and, therefore, any heroin relapse can lead to sudden death or co-morbid conditions that result in an untimely death.

What Heroin Withdrawal Symptoms To Expect What is the Heroin Relapse Rate? Side Effects of Heroin Your Friends Won’t Tell You About Understanding a Loved One’s Addiction to Heroin When to Get Help for Heroin Side Effects