As an opiate drug, heroin effects on the brain have as much to do with its close resemblance to the brain’s natural chemicals as it does it’s highly addictive properties. Natural chemical secretions known as endorphins regulate the body’s functions as well as a person’s emotional state. As a heroin “high” brings about intense feelings of euphoria and calm, heroin effects on the brain are far from positive or productive.

Heroin affects the brain in much the same way as the brain’s neurotransmitters do. While this may seem harmless at first, the brain actually stops doing what it’s supposed to do in the process. Not surprisingly, heroin effects on the brain bring about serious consequences that only get worse each time a person uses.

From Heroin to Morphine 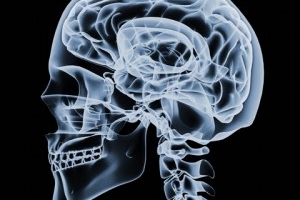 Heroin affects the brain in many different ways.

The brain contains millions of opiate receptors. These receptors are designed to interact with the brain’s natural pain-killing chemicals, also known as endorphins. According to New York University, because heroin is a natural opiate derived from opium poppy plants, the brain can’t tell the difference between its natural endorphin chemicals and heroin.

Over time, the brain comes to expect and depend on heroin’s effects so it gradually cuts back on the amount of endorphins it produces. Heroin users experience this transition in the form of withdrawal symptoms as endorphin levels sink lower and lower.

Heroin effects on the brain’s reward system play a central role in the drug’s addiction process. The brain’s reward system regulates pain and pleasure sensations throughout the body. Heroin triggers the pleasure centers in the brain much like natural endorphin chemicals do. As heroin effects are so much stronger than those caused by endorphins, the “high” effect drives users to self-regulate the brain’s pleasure centers by ingesting more and more heroin.

According to the University of Arkansas, when withdrawal symptoms kick in, the brain and body naturally crave the rewarding effects that heroin brings. Ultimately, heroin effects on the brain’s reward system drive the compulsive drug seeking behaviors in addicts.

How to Help a Heroin Addict How Heroin Affects the Brain Consequences of Heroin Abuse Heroin Overdose Can I Avoid Heroin Withdrawal Symptoms Entirely?