Heroin is a highly addictive drug that is also very dangerous. Heroin gives of a feeling of downer to the body and puts it into a state of relaxation. This drug will also block the signals that gives the brain ability to knowledge pain.

When looking for signs of heroin use in a loved one, it is important to look at all the different angles of the person life. There are many addicts that know how to cover up signs of heroin use and they will go to any distance to make sure you don’t find out about their drug addiction.

According to the National Institute on Drug Abuse, there are several different signs of heroin use when the heroin addict starts to have behavioral changes. They will start lying to cover up the drug abuse and their whereabouts. The addict will want to avoid eye contact with other people and their speech may become slurred or incoherent. They may become very hostile towards loved ones and other people that are close to them. It is common for them to start breaking promises and commitments because they would rather be high on heroin. They will also become heavy sleepers and sleep a lot more. 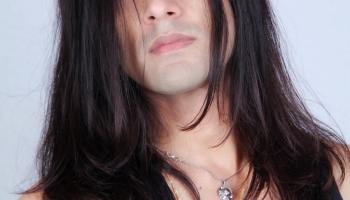 A heroin user may start to become hostile toward loved ones.

When a person has become dependent on heroin they will often have many different physical and appearance changes. It is common for them to start wearing long pants and long sleeve shirts to hide their needle marks and bruises. Their skin will start to look very pasty and unhealthy. The person will often have a great deal of weight loss in a short amount of time, since they will have a loss of appetite. Another one of the signs of heroin use is they will often have a runny nose without having any type of allergies or a sign of a cold.

Financial problems may occur when a person become addicted to heroin. Heroin is a very expensive drug and an addict will do anything to get their hands on it. They may start to spend their money on the drug rather than paying bills or buying groceries for their family. If they don’t have the money to buy the drug, they will often sell items that they own or from loved ones to get the money. When items come up missing from your home, it is another one of the many signs of heroin use by someone you are close to.

More than often you may notice that the person you are suspecting to be addicted to heroin may have recently became friends with a new group of people. These people may also have the same signs and problems has your loved on. Heroin addicts tend to group together and share the habit together. They prefer to get high in a group rather than do the drug solo.

5. Loss of Concentration or Interest

When a person starts to do poorly in activities they once enjoyed, this could be another one of the many signs of heroin use. When a person becomes dependent on heroin, it become very hard for them to concentrate and perform well. They may also start to drift away from loved ones and not want to communicate as much.