Heroin addiction is extremely dangerous, and many of the signs that point to this condition are physical. In addition, a person’s behavior will change drastically when they become addicted to this drug. If you are concerned that someone you know is addicted to heroin, look for them to exhibit these behavioral signs and consider seeking treatment for them.

Addiction itself has certain behavioral signs which should raise awareness in friends and family members. Because the person is already addicted to heroin, they will not want to talk about the drug and will likely try to hide their abuse of it as much as possible. Some of the behavioral symptoms of drug addiction, as stated by the NLM, are when the individual: 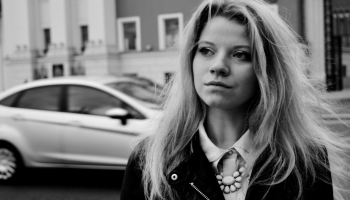 A heroin addict will begin to neglect eating and their physical appearance.

All of these are behavioral signs of addiction which often apply to heroin abusers. When a person starts to display many of these signs, it is very likely that they are already addicted to heroin.

When currently on the drug, a person will exhibit signs of sleepiness, euphoria, moving more slowly, and being especially calm. This is not always a sign of addiction so much as abuse, but if a person is constantly exhibiting these symptoms, there is a likelihood that they are addicted to heroin. If the person stops abusing heroin for a certain amount of time, they will likely become anxious, restless, and unable to sleep, while exhibiting other heroin withdrawal symptoms.

Heroin addiction has many behavioral symptoms. A person’s behavior will completely change and their whole lives will revolve around seeking, obtaining, and abusing more heroin. As a principle of addiction, they will likely not be able to stop on their own.