Once video games moved from the arcades of the 1970s and 80s to family living rooms, the video game industry came into its own. The industry generated as much as $10.3 billion dollars in 2002 surpassing even film industry revenues.

Since that time, more and more people – young and old alike – have gotten caught up in what’s soon to become the next official diagnosis: video game addiction. Ongoing technological advancements make it possible for anyone with a television, desktop, notebook computer or mobile phone to play video games whenever the mood strikes.

While children and teenagers naturally gravitate towards video games, adults have also fallen into the gaming arena. These developments have given rise to some alarming video game addiction statistics that seem to be increasing with each passing year. 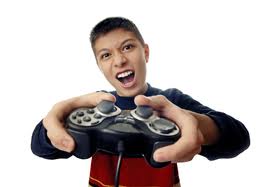 The rate of video game addiction seems to be increasing each year.

The online world of video games has opened up a whole new realm for video game addiction statistics. As of 2013, “internet-use disorder” exists as a full-fledged diagnosis within the DSM-IV, or Diagnostic and Statistical Manual of Mental Disorders.

Internet-use disorder includes five sub-categories, one of which is online gaming.

While the notion of video game addiction has been around for a while, online access to video games has brought about considerable increases in the size and scope of the problem.

Video game addiction statistics show as much as 40 percent of online video game players admitted to playing online games as a way to escape from the real world. Escape as a coping mechanism is one of the key components of an addiction, whether a person escapes through drugs, gambling or video games.