The validity of gaming addiction as an actual mental disorder has been debated for several decades. However, there are different treatment options available for this issue including rehabilitation centers, Online Gamers Anonymous, and individualized therapy sessions. If you are concerned that your child may need gaming addiction treatment, look for the signs that seem to separate it from mere obsession or frequent use into an actual problem that affects the life of your child and those around them. 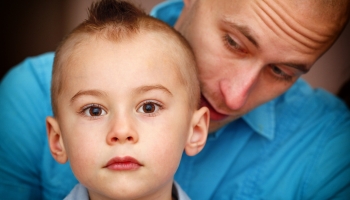 If your child is attached to gaming and gets very agitated when not gaming, they may need help.

There are actually different types of gaming addictions which can occur independently or simultaneously depending on the individual. It is important to understand these types and to be able to recognize the behavior that accompanies them in order to know if your child is truly addicted to this activity.

According to the Better Health Channel, Internet addiction can be caused by a desire to play games, making your child want to be online constantly. “This can include spending excessive amounts of time playing games, gambling, shopping, or trading.” While this type of addiction is more common among older children, some younger kids can become addicted to an online game that causes them to want to spend all their time on the computer.

In addition, children can also become addicted to games on their phones, tablet devices, and other technological mediums. Some individuals play on consoles and will not want to stop to do anything else. If you recognize that your child is spending a lot of time on one or more of these mediums, they may be addicted. But this is not the only sign.

According to a study from the NCBI, “In the 2000s, online games became popular, while studies of Internet gaming addiction emerged, outlining the negative consequences of excessive gaming, its prevalence, and associated risk factors.” In addition, console gaming can become just as problematic and led to many of the same issues. It is important to be able to recognize these issues, especially those which directly affect your child’s health.

“In South Korea, Internet gaming addiction is viewed as a significant concern for public health, and up to 24% of children who have been diagnosed with Internet addiction are hospitalized.” When a child plays video or online games constantly, health effects may occur as a result including:

If your child experiences health issues related to any of these listed above, they may already be addicted. One of the strongest signs that their playing has become a full-blown addiction, however, is that they attempt to hide these health issues or solve them in ways that do not involve cutting back on their playing. They may also refuse to admit that there is a problem or that this activity is the reason for their issues. If this is the case, they are beginning to display behavioral signs of their addiction which are often even more telling.

If your child displays many of the behavioral signs listed below, there is a strong possibility that they may need treatment. When gaming begins to affect the other aspects of a person’s life, it can be a problem, and they will often need some sort of help in order to cut back.

These are all signs that your child may be addicted to video or online games and needs help to limit these activities. If you notice that the other aspects of their life are beginning to suffer regularly based on their gaming habits, it may be time to seek professional treatment.

How Do I Know It’s Addiction?

In some cases, parents may feel that their children spend too much time playing video games. However, if the obsession has not begun to cause major issues in your child’s life, it is not an addiction. An addiction is defined as a behavior that a person is unable to stop or cut back on, even though it causes extreme problems in many aspects of that person’s life.

Addiction is not a merely obsession or the constant involvement in an activity that is enjoyed above all others. If your child’s life is being negatively affected by their gaming in many ways and yet they still cannot minimize the time they spend on this activity (whether because they refuse to or because they try and are unable), this is when professional treatment is necessary.