When you’re a parent, you never assume your child will start abusing drugs, but for many, that’s exactly what happens. In 2012, more than 46,000 teens, including 40 percent of US high school seniors, admitted to using drugs or alcohol within the last year. From smoking marijuana to stealing narcotics from parents’ medicine cabinets, drug use remains prevalent in America’s youth.

Instead of closing a blind eye, engage in regular conversations about drug and alcohol use with your teenager and watch for these common signs of teen drug abuse. 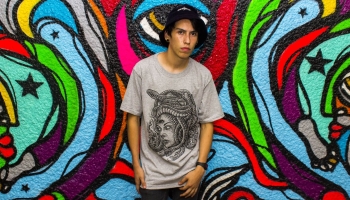 Losing interest in activities is a sign of drug abuse.

If your daughter used to take 90 minutes in the bathroom every morning before school, but now barely brushes her hair and teeth, there’s something wrong and it may be drug abuse. Neglecting personal hygiene and grooming habits is a warning sign of teen drug addiction.

If baseball’s been your son’s passion since he was old enough to swing a bat, and now he’s skipping practice and avoiding training for no reason, sit down and talk to him about what’s going on. Suddenly losing interest in favorite activities or hobbies is common in teen drug abuse, and may be a sign that he’s using drugs or alcohol.

One of the most common sings of teen drug abuse is a sudden and unexplainable change in friends and peers. When a teen starts abusing drugs or alcohol, she’ll want to start hanging out with other people that use. Old friends who show concern about drug use may be cut off, and replaced with new, drug-using peers. A teen may keep these friends more of a secret and become defensive when questioned about them.

Although most teenagers are moody, those who abuse drugs and alcohol are more so. Your son may go from happy to sad to angry in minutes with seemingly no cause.

Drugs often make people feel unstoppable, and therefore lead to more risk taking activities. This can include driving at high speeds, engaging in criminal activity, or having unprotected sex. Teens using drugs tend to lack inhibitions and do things they normally never would, including breaking rules, lying, cheating, and stealing.

A common warning sign of drug abuse for both teens and adults is slacking on responsibilities, like a once straight A student not doing her homework and failing tests. It could be a young man with a good work history coming in late and calling off. Responsibilities at home are also lacking; chores don’t get done and responsibilities are neglected, and teens may start coming in late or not calling to touch base.

If your teen is constantly asking you for money, but can’t explain what he’s spending it on, it may be drugs. Drug abuse is expensive, and many teens can’t afford it once they become addicted. This leads to asking for money more often, and many become defensive when questioned why the money is needed. If money can’t be borrowed, some may steal from family and business to support their habit.

It’s essential that parents and adults watch for the signs of teen drug abuse. Ask direct questions and be prepared for the responses you may receive. If your teen admits to drug or alcohol abuse, know how you’re going to respond.

We’re here to help you every step of the way and get you or your loved one into treatment and moving forward to a healthy and happy life.

4 Signs Your Child is Addicted to Drugs Teen Addictive Behavior: What to Look For Warning: Your Child May Be Using Inhalants Teens, Prescription Drug Abuse, and Common Questions Are Raves Ruining our Teens?