Sexual addiction is a devastating condition that often remains untreated and unrecognized for many years. When feelings of tension, addiction, habitual sexual behavior and compulsive desire become too much to handle, many sex addicts fee forced to make the ultimate sacrifice and commit suicide. Fortunately, there are many stories of sexual addiction recovery which shed light on the fact that there is hope and there is help. 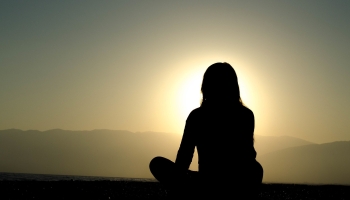 You can recover from sex addiction with the right treatment.

Jennifer was addicted to sex and couldn’t manage to stay faithful, even in marriage, despite her desire and pleas to do so. After years of cheating on every man she was ever with, Jennifer found hope in recovery from sex addiction. She sought help more than once, but in the first two instances of going to therapy, Jennifer was misled as the therapists back then didn’t understand the nature of her problems.

After being divorced, Jennifer started attending Sex Addicts Anonymous where she learned how to work through the steps and get sober. Today, she has been free from sexual addiction for more than 6 years and attributes much of her recovery to the help that she received while working through the 12 steps of recovery.

John had it all, a wife and kids, a great job, money, a large home…and sex addiction. He couldn’t stop soliciting prostitution despite his desire to do right by his wife and children. John continued to solicit prostitutes regularly until one day, he didn’t pay attention to what was going on in the rear view mirror; blue lights, he was being stopped by the police.

After being arrested for soliciting prostitution, John’s wife divorced him and took the kids. He no longer felt like going to work so he ultimately lost his job and everything that mattered to him. John sought counseling for sex addiction and after a few months of consistent behavioral therapy and support, John was able to talk his wife back into spending quality time with him. Although the marriage didn’t work out, John is proud to have 5 years free from sexual addiction.

Kate thought she could get away with it, just one more time…but her sexual desires took control of her clear thought processes and left her in a bad position. Kate was raped and beaten bloody and when she finally came to, she found herself in a hospital not knowing exactly what had happened. Her sexual addiction had landed her in the hospital and she was lucky to be alive.

Kate was referred to a support group where she started to reach out to others who had similar problems and had suffered similar consequences. Today, Kate continues to seek support from her peers but she also works with her peers by providing support to newcomers to her local Sex Addicts Anonymous group. She is proud to have 4 years clean and free from sexual addiction.