At this time, clinicians and researchers are still trying to determine a definitive approach to defining a diagnosis for sex addiction using various criteria similar to those used to determine other forms of addiction, but there is no official diagnosis of sexual addiction. However, that does not mean that men and women who experience hardships and challenges as a result of their sexual behaviors may not be suffering from a real, legitimate problem. The signs of sexual addiction, though not 100% definitive, tend to revolve around a strong desire to have sex, masturbate or take part in other sexual activities such as flirting or watching pornography. 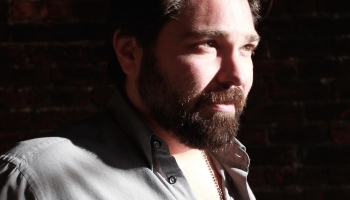 Neglecting obligations for sex is a sign of addiction.

According to the US Department of Agriculture, displaying signs of sex addiction does not necessarily make you a sex addict but there could be signs indicative of compulsive sexual behavior if a desire to take part in sexual activity has interrupted regular functioning in your life. This isn’t an open opportunity to scream addict when you’ve just cheated on your spouse, but if sexual desire is so robust and difficult for you to control, if your sexual behavior is impinging on your life in a not so good way, you just may be a sex addict.

Sex addicts tend to take part in similar behaviors as those who are addicted to drugs or alcohol. For instance, a sex addict may have sex more often or with more partners than he or she intended to or they may be preoccupied with sex. These behaviors, the inability to control cravings or activities, are similar to those of a substance abuser. If you can identify with more than three of the following signs of sexual addiction, you may be suffering from more than just a desire to seek out sexual gratification and should consider seeking further help.

3. Engagement in Sexual Activities Despite Consequences

Another one of the more common signs of sexual addiction that many men and women who have a true sexual behavior disorder show is a desire or continued engagement in sexual activities despite the known consequences that result from such behavior. Taking part in sexual activity with multiple partners can lead to health hazards while cheating repeatedly on a spouse or significant other can lead to broken relationships. Taking part in these activities even after you’ve suffered the consequences in the past and know where the actions will lead could be the result of a legitimate sexual addiction problem.

One of many signs of sexual addiction that some people tend to overlook is a preoccupation with sex. If you frequently seek out material that is sexually explicit such as pornography, dating sites or similar materials you could be showing signs you’re a sex addict. It’s important to understand that watching a pornographic show or looking at some pictures once in a while is one thing—seeking out such material in a way in which you don’t care to be active in other areas that are not sexually explicit could be a sign of sexual addiction which requires treatment.