Understanding the Types of Sex Addiction

Sex Addiction is sometimes blown off as not a real addiction, or someone just making an excuse for cheating or doing something that society in general, deems inappropriate. Over the more recent years however, there has been a significant increase in credibility to it being an actual disorder, affecting an estimated 12 million people. Sometimes a sexual addiction, or sometimes referred to as sexual hyperactivity, depending on the type and severity can be dangerous. 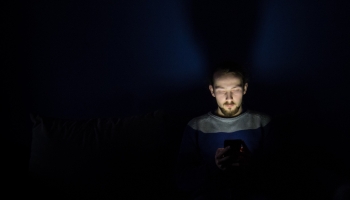 Although they may sound similar these two common types of sexual addictions are quite the opposite. Paying for sex, or using prostitutes is common because the addict has an endless stream of willing sexual partners. This can also include paying for phone sex, or webcam sex. Sex for trade is when the addict receives payment for sex. This “payment” received might not be limited to money, it can come in the form of services, drugs, shelter, etc.

Sadomasochism or S&M, is where the addict is either a sadist, who is sexually aroused by humiliating or causing pain to their partner, or a masochist, in which they gain sexual arousal by having pain inflicted upon them. Fetishes are when the presence of an object, specific body part, or behavior (real or fantasized) is part of a person’s sexual gratification.

This involves touching someone in a sexual manner without their consent. An addict will (usually in a public place as to be able to easily escape) touch the genitals, breasts or buttocks of their victim. It can also include rubbing themselves against their victims.

Where the person gains sexual pleasure by coercing the other person to engage in sexual activity, this can include pedophilia and rape. The aggressor gets satisfaction from the power they have over their victims.

Although there is no official way to determine if someone has a sexual addiction, if you suspect that you or someone you know may be suffering from it there are treatment options out there. You should seek help in determining whether it is an addiction, and the best treatment options. You can do this by visiting one of many websites like the reputable Addictions.com for further information.