While not considered an illicit substance, nicotine’s effects on the brain carry an addiction potential that’s comparable to heroin and cocaine. According to the University of California–San Francisco, an estimated 45 million Americans smoke tobacco in one form or another.

As the leading cause of preventable disease and premature death, smoking embodies the essence of addiction as many long-time smokers well know the negative consequences associated with smoking. While you may have tried to stop smoking several time over, understanding how nicotine addiction actually works may help get you one step closer to getting needed treatment help. 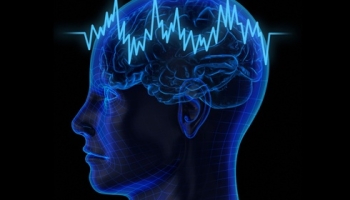 Nicotine has a chemical makeup that interacts with key cell receptor sites in the brain, also known as nicotinic cholinergic receptors. When nicotine enters the brain, it sets off a series of neurotransmitter processes, most notably dopamine, glutamate and GABA. These interactions set the stage for nicotine to alter chemical pathway functions in the brain.

According to the University of Maryland, nicotine acts as both a central nervous system stimulant and depressant simply because of the range of chemical changes it causes in the brain. With repeated use, brain chemical pathways auto-adjust to accommodate nicotine’s effects.

In the process, the brain’s overall chemical system develops a tolerance to nicotine, which makes individual cell receptor sites less responsive to the drug’s effects. When this happens, a person will likely increase his or her intake amount without even knowing it. These tolerance level increases can continue on indefinitely, driving users to keep upping their intake amounts.

This belief system develops out of marked imbalances in dopamine levels and the repeated surges of dopamine chemicals every time nicotine is ingested. Dopamine plays a pivotal role in regulating brain reward system functions, so nicotine’s effects have a pronounced effect on how the reward system views smoking behaviors in general. Once a full-blown addiction takes hold, a person experiences strong nicotine cravings, withdrawal effects and a sense that he or she “needs” nicotine to make it through the day.

These trends reflect just how addictive nicotine can be. The longer a person keeps smoking, the harder it is to break the drug’s addictive hole.