The Internet exists as a world within worlds, replete with seemingly endless, activities, events, groups and entertainment. For most people, the Internet becomes a place for socializing, carrying out business, playing games and finding information with certain limitations placed on the amount of time spent online. Someone struggling with internet abuse disorder uses the Internet for different reasons, though the actual activities he or she engages in online may be pretty much the same.

In effect, internet abuse poses the same risk for addiction as drugs and alcohol, which makes it especially easy for someone addicted to the Internet to fall into destructive drug using behaviors over time. Understanding how these two conditions tie in with one another can help you take the necessary steps to stop the addiction cycle in its tracks before a bad situation becomes worse. 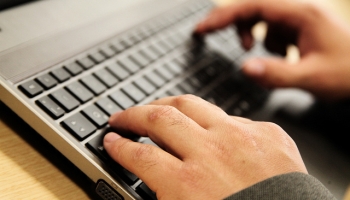 Someone with an Internet addiction can’t control how much time they spend online.

According to the International Journal of Preventative Medicine, the word “addiction” has evolved from a strictly substance-based realm to any activity or behavior that takes control of a person’s life. From this standpoint, internet addiction operates as a process-based addiction with the online experience or process forming the basis of the addiction.

Someone struggling with internet abuse disorder will likely display one or more of the following symptoms:

Process-based addictions and substance-based addictions differ in one respect: one develops out of the effects of a substance and the other doesn’t. Most everything that happens after this point remains the same.

Granted, drugs do produce certain effects that start the cycle of abuse; however, the brain undergoes many of the same chemical changes when someone vulnerable to internet addiction spends time online. Both types of addiction trigger the release of high levels of neurotransmitter chemicals, such as dopamine, serotonin and norepinephrine.

Over time, these effects change the way the brain works, both on a physical and a psychological level. In effect, it’s the chemical changes in the brain that pave the way for a developing addiction.

In general, an ongoing state of chemical imbalance in the brain, whether it result from psychological disorder, a physical problem or ongoing stress makes a person more susceptible to developing substance abuse behaviors, according to World Psychiatry. Ongoing brain chemical imbalances give rise to different emotions and behaviors, which in turn, have a reinforcing effect on the brain’s condition. At this point, a person’s reasoning and decision-making abilities undergo the type of change that makes substance abuse seem like a reasonable option, especially if he or she experiences feelings of depression or anxiety on a regular basis.

When to Consider Getting Help

When it comes to any form of addiction, it’s never too soon to consider getting treatment help as addiction tends to develop gradually and in stages. If you suspect you or someone you know may be developing internet abuse disorder, the situation will only get worse with time. In effect, internet abuse disorder can evolve into a much larger problem, making the condition that much harder to overcome.