Advancements in computer-based technologies have brought about a wide variety of applications and programs, one of which is computer games. Unfortunately, some advancements have the potential to cause just as much harm as good. Such is the case with computer addictions and computer gaming addictions in particular. 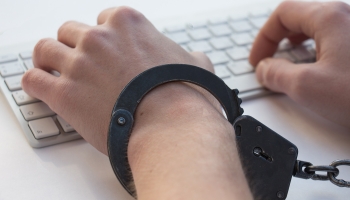 Computer gaming addiction is characterized by the inability to control the behavior.

While the activities themselves may differ, the overall effect remains the same once addiction takes hold.

Anyone who’s ever struggled with a computer gaming addiction can attest to how quickly a seemingly harmless activity can take over one’s life. According to the American Journal of Psychiatry, behaviors associated with computer gaming addictions closely resemble those that characterize compulsive-impulsive spectrum disorders. In effect, once a person loses the ability to control him or herself, the criteria for disorder has been met.

If you or someone you know struggles with compulsive gaming behaviors, here are the top 10 signs of computer gaming addiction to watch out for:

Not surprisingly, the more preoccupied a person becomes with gaming the more severe the addiction problem.

Someone struggling with computer gaming addiction can quickly lose track of time once he or she starts playing. This behavior can have untimely repercussions depending on a person’s daily routine.

Parents in charge of keeping track of small children may become so engrossed in the computer to the point of leaving them unattended. Someone who likes to play computer games on his or her lunch hour or work break may actually forget to go back to work at the appointed time.

As with any compulsive-type behavior, a computer gaming addiction will drive a person to concoct any number of excuses or lies in order to engage in gaming behaviors. In effect, the “high” gamers experience when playing triggers the release of the brain’s natural feel-good chemicals.

Much like the “high” brought on by addictive drugs, these experiences play an increasingly important role in a person’s life over time. Likewise, scheming and lying behaviors result from the neuro-chemical changes that result from addiction.

Considering how the compulsive-impulsive tendencies inherent in computer gaming addiction all but take over one’s daily life, it won’t be long before important relationships in a gamer’s life start to suffer. Someone obsessed with gaming will start to neglect family and friends without even realizing he or she is doing it. Add to this the lying and scheming that often comes with any form of addiction and relationships conflicts become an inevitable consequence of excessive gaming behaviors.

Over time, addiction drives a person to engage in behaviors that defy sound reasoning and practical decision-making. These effects stem from the chemical imbalances in the brain brought on by repeated surges in certain key neurotransmitter chemical levels (feel-good chemicals).

Once a person develops a full-blown computer gaming addiction, his or her belief systems have become warped in the process. What was once a recreational activity has taken on top priority in the gamer’s life. Likewise, denial of the problem is a natural off-shoot of an addiction-based belief system.

According to the University of Texas at Dallas, the compulsive need to engage in a particular behavior inevitably results in a loss of control in one’s life. With computer gaming addiction, this compulsive need takes on a life of its own, becoming more and more pressing or intense over time. Much like the drug addict who succumbs to drug use after making a decision to cut back or quit, someone struggling with computer gaming addiction loses the ability to limit or stop the behavior.

With computer gaming addiction, withdrawal effects develop when chemical imbalances in the brain start to impair normal bodily functioning, just like with any other form of addiction. Over time, the repeated surges in neurotransmitter chemicals deplete the brain of needed supplies. These activities also have a damaging effect on the brain cell sites that secrete neurotransmitter chemicals.

These effects can occur in cases where a person is unable to play computer games or tries to abstain from gaming for prolonged periods.

Psychological disorders stem from chronic chemical imbalances in the brain. The wear and tear brought on by the effects of computer gaming addiction on brain function leave a person susceptible to developing full-blown psychological disorders, such as clinical depression and generalized anxiety.

9. Using Gaming as a Coping Mechanism

Most every form of addiction acts as a type of coping behavior within the addict’s daily life. The same goes for computer gaming. In effect, computer gaming becomes a means of escape from real-world problems.

Rather than deal with relationship conflicts, feelings of depression, guilt or feelings of anxiety in a constructive manner, an addict uses computer gaming as means for coping with uncomfortable emotions and daily pressures.

Ultimately, the number or degree of negative consequences the result indicate how severe a person’s addiction problem is.