While there is still no set agreement on whether or not computer addiction should medically be defined as a mental illness, there are many individuals who struggle with computer addiction and its effects. The problem may not seem as pressing as drug addiction or even other forms of behavioral addiction for which there is medical treatment and support (like gambling addiction). Still, computer addiction is an issue that affects more people than we may realize.

Computer addiction is a real problem that can cause many of the same detrimental issues as other types of addiction can. And though there is not as much material or as many studies conducted on the issue of computer addiction, there are some concerning and even shocking statistics that may surprise you. 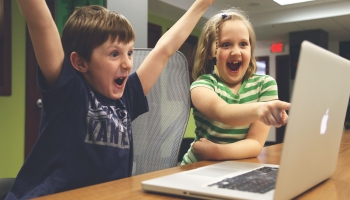 First of all, it is important to note that there is a discrepancy between the terms Internet addiction and computer addiction when they, essentially, describe the same issue. While some studies suggest that the impact of Internet addiction is great, others discuss computer addiction. Either way, these concern the issue of an individual spending so much time on the computer that it negatively impacts the rest of the person’s life. For this issue to be an addiction as well, the individual will:

While computer addiction may seem like something akin to obsessive time spent on the computer and/or online, it also involves these problematic behaviors. Otherwise, it cannot be considered a true addiction. It may surprise you, but this issue is more prevalent than you may think.

According to an NCBI study, “Surveys in the United States and Europe have indicated prevalence rate [of computer/Internet addiction] between 1.5% and 8.2%, although the diagnostic criteria and assessment questionnaires used for diagnosis vary between countries.” These numbers do vary quite a bit, but it is difficult to have a very specific concept of the prevalence of a disorder if there is no set criteria for what this disorder entails.

In the case of computer addiction, males are considered to be more likely to suffer from it. According to another study from the NCBI, “Clinical samples and a majority of relevant surveys report a male preponderance” for computer addiction. This is also true for substance use disorders as well as other behavioral addictions including:

While some other behavioral addictions may carry no preponderance or a female preponderance instead, computer addiction has been thought of as an issue that may more typically affect males. This does not mean that women are not affected by this issue as well.

According to the second study, “Onset is reported to occur in the late 20s or early 30s age group, and there is often a lag of a decade or more from initial to problematic computer usage.” In many cases, individuals who are worried about their teenage children’s obsessive use of the computer automatically assume that they are addicted, but this is not as likely to be true as it is for someone who is in their 20s or 30s.

Addiction, especially behavioral addiction that starts off rather harmlessly, usually takes time to build, so it is important to consider these factors when discussing the possibility of computer addiction. However, there have been other studies which have discussed the specifics of children with computer/Internet addiction.

Other Countries and Children with Computer Addiction

As stated by another NCBI study, “recent data from South Korea and China” points “not only to a high prevalence of IA [Internet addiction], but also to significant public health consequences (e.g., in South Korea, as many as 24% of children diagnosed with IA required hospitalization).” This could have been due to withdrawal symptoms, depression, obsessive-symptoms, insomnia, headaches, anxiety, and/or other issues.

The numbers based on the prevalence of this issue as well as the toll it seems to be taking (especially on children) is important to note. This also explains why it is so important for there to be a specific set of criteria for computer addiction as well as professional treatment and help for individuals who are going through it. No matter what, treatment should be readily available if a person is suffering from unhealthy behavior that they cannot quit.

While the statistics listed above may be shocking, there are others which are equally important. In order for our society to better understand and be able to treat computer addiction, there needs to be more research leading up to a specific criteria that will be created to diagnose the issue.