As marijuana becomes legalized and decriminalized in many states across the U.S., a heated debate remains surrounding whether legalizing drugs can truly benefit the country as a whole. When looking at the pros, legalizing drugs can significantly increase America’s tax revenues, and reduce billions in government costs associated with arrests, prosecutions, and incarceration. But in terms of cons, many argue that legalizing drugs will negatively impact performance across American workplaces, and worsen problems with public health, public safety, and the country’s ongoing opioid crisis.

Countries that have decriminalized drugs are experiencing positive outcomes in terms of public health and safety, and now benefit from exceptionally low drug overdose rates. Funds that were once spent on incarceration are now being used to improve addiction treatment programs that help their citizens recover from substance use disorders. Violence and crime rates are also down in these countries, where people are encouraged to seek addiction treatment and achieve healthier lifestyles.

Is drug legalization really the answer to reducing crime, saving billions in state and federal dollars, and keeping Americans safe from the health effects of illicit drugs and substances? Here’s an in-depth look at the debate surrounding drug legalization in the U.S.

The Current State of Drug Legalization in the U.S.

While opioid use continues to drive overdose death rates across the U.S., marijuana legalization is becoming more widespread at the same time — further driving the debate in regards to whether drugs and substances should be legalized on the state and federal levels. Many policymakers feel that legalizing drugs like marijuana will only worsen the opioid epidemic, and tend to view marijuana as a gateway drug that can lead to increased opioid use. On the other side of the argument, many say that opioids are already being tightly restricted in the U.S., and that enforcing heavier penalties against drug use would be counterproductive.

In states that have legalized marijuana including Colorado, Alaska, and Oregon, data reveals there has been little to no rise in marijuana use among residents, and that cocaine and heroin use rates have declined. Experts say that many who once used cocaine and heroin are now turning to marijuana knowing the drug is associated with fewer legal ramifications. Data also shows that marijuana legalization in these states has had no negative impact on local violent crime rates.

A recent survey reveals that 57 percent of Americans feel that marijuana should be legalized, and that 37 percent are in favor of keeping marijuana illegal. At present, 14 more states are working toward legalizing marijuana, including New York, Texas, and Pennsylvania.

Countries That Have Decriminalized Drugs 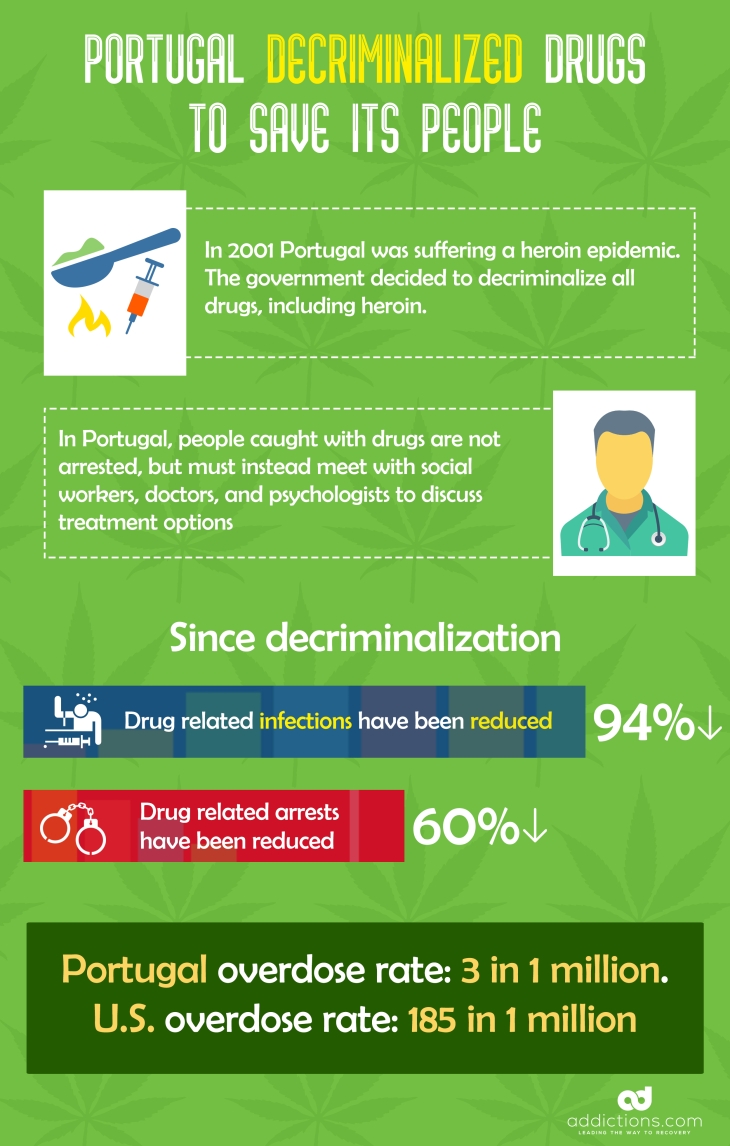 In 2001, Portugal was suffering a major heroin addiction epidemic and high rates of drug-related deaths caused by AIDS. That same year, the Government of Portugal decriminalized all drugs and substances — including heroin. Today, individuals in Portugal caught possessing less than a 10-day supply of drugs are not arrested, but have meetings with social workers, doctors, and psychologists to discuss their drug use and addiction treatment options.

Since decriminalizing drugs, Portugal has seen a significant decline in drug use across all age groups, and a 94 percent reduction in drug-related infections and deaths caused by HIV and AIDS. Additionally, the number of drug-related arrests in Portugal has decreased by more than 60 percent — allowing the country to save funds that are now being used toward expanding access to addiction treatment throughout the country.

Other countries that have decriminalized drugs are the Czech Republic, Uruguay, The Netherlands, Australia, and Switzerland — all of which have shown that the results from decriminalization are better than those that result from prohibition. In the Czech Republic, less than one percent of injecting drug users suffer from HIV due in part to the decriminalization of drugs, while Australia now benefits from lower overall crime rates. In Switzerland, those who suffer substance use disorders can visit open shelters that offer safe injection sites and needle exchanges without facing drug offense charges.

Legalizing drugs in the U.S. will increase Americans’ access to drugs, and could put more drugs in the hands of those who already suffer substance use disorders. Those who are predisposed to psychological addiction on behalf of factors like genetics and environment may also be at greater risk for substance use disorders if drugs are legalized. Without proper education surrounding how to safely use drugs to lower the risk for dependence, addiction, and overdose, the health and lives of all Americans will be at even greater risk.

Many illicit drugs and substances in the U.S. produce dangerous, deadly effects. For instance, cocaine and methamphetamine use can lead to violent, aggressive behavior, while Schedule I drugs like heroin and ecstasy are highly addictive, and can lead to an overdose or death after initial use. Addiction is a chronic relapsing brain disease that can take years to overcome, and requires professional treatment to lower the risk for relapse.

Opponents of drug legalization and decriminalization say that making drugs legal would most likely increase crime rates, even though crime rates have dropped in countries that legalized drugs. This group argues that putting more drugs into the hands of criminals would influence these individuals to commit a higher number of crimes, while those who begin abusing drugs on behalf of legalization are also more likely to begin dabbling in criminal activity.

Employment lawyers say that legalizing drugs would produce a new range of problems in the workplace, since many drugs produce effects that decrease work performance and increase the risk for accidents. For instance, drugs like marijuana and LSD can lead to poor memory and concentration, while opioids like heroin produce sedative effects that can make operating heavy machine near to impossible. Though the list of arguments against drug legalization in the U.S. is endless, the majority of Americans are starting to rule in favor of legalization and decriminalization.

Ruling In Favor of Drug Legalization

The list of benefits associated with legalizing drugs is nearly just as long as the list of arguments against legalizing drugs. Countries like Portugal and the Czech Republic have proven time and again that decriminalizing and legalizing drugs offers countless benefits. But can any of these benefits improve the U.S., and its ongoing opioid crisis?

First, legalizing drugs in the U.S. can help boost the economy, and save the country billions that would otherwise be spent on arrests, judicial costs, and incarceration. A recent study conducted by Harvard researchers found that the U.S. government would save roughly $41.3 billion per year if drugs were legalized. At present, the U.S. is spending this amount annually on incarceration and other costs associated with enforcing and regulating the prohibition of drugs and substances.

Second, drug legalization in the U.S. would remove the stigma surrounding drug use and addiction, and result in a higher number of people being connected with addiction treatment. People who need help overcoming chemical dependency and addiction would no longer need to feel scared about seeking treatment, and of the legal consequences associated with drug use. Plus, in a manner much like Switzerland, placing emphasis on enhancing the health and wellness of citizens who suffer from substance use disorders could help the U.S. lower its violence and crime rates.

When it comes to substance use disorders and addiction, those who suffer from these health conditions will find a way to obtain drugs regardless of whether the substances are legal. Chemical dependency and addiction can alter brain chemistry in a way that influences these individuals to prioritize drug use above all other important responsibilities and obligations — including their families, careers, and health.

Legalizing drugs would allow these individuals to obtain substances that are far safer than counterparts purchased overseas from China or on the streets. For instance, those who struggle from heroin or painkiller addiction would be able to purchase these substances locally without having to worry about whether they’re mixed with dangerous drugs like fentanyl and carfentanil that can trigger an overdose. Individuals who inject substances like crack cocaine and heroin would also have access to safe injection sites and needle exchanges.

Regardless of whether marijuana and other drugs are legalized or decriminalized in the U.S., the laws and policies surrounding drug use and possession must be rolled out effectively to protect public safety and the lives of millions of Americans. The federal and state governments must take steps to increase access to addiction treatment, and encourage Americans to view drug use as a public health issue — not as crime. In regards to the nation’s opioid crisis, Americans must look toward finding long-term solutions that can help lower drug abuse rates and improve average lifespan, including the legalization of drugs like marijuana that may be able to deter users from substances that are far more dangerous.

Lastly, Americans need more education about how to use drugs safely, and how to lower the risk for drug abuse, dependency, and addiction. Regardless of whether drugs are legalized or not, knowing how drugs affect the brain and body can help Americans maintain good health, and steer clear of negative consequences associated with substance abuse. 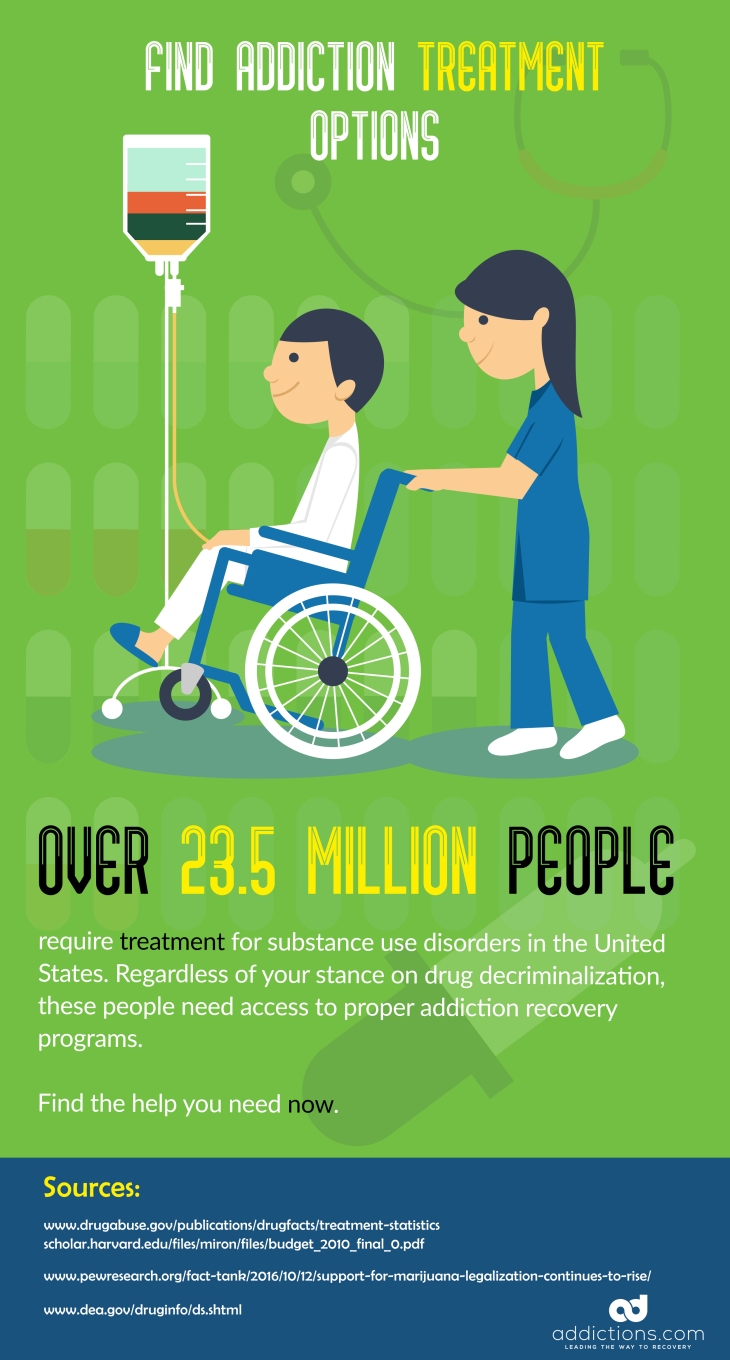 State of Drug Addiction Treatment in the U.S.

Americans who struggle with substance use disorders should be urged to seek treatment without having to suffer negative consequences that can ruin their careers, families, and overall livelihoods. Since illicit drug use is often associated with crime, violence, and financial problems, many Americans avoid seeking treatment on behalf of the stigma surrounding addiction.

Addiction treatment centers across the U.S. use therapies that help patients fight addiction in full both physically and mentally. Inpatient and outpatient rehab centers use detox treatments to help individuals overcome chemical dependency, and use counseling, cognitive-behavioral therapy, and related therapies to help them overcome the root causes of addiction. Many treatment centers also offer ongoing aftercare programs to help patients stay drug-free for life after overcoming addiction. 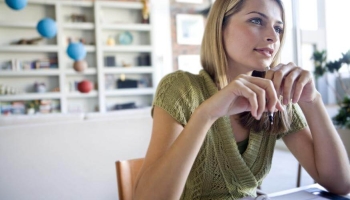 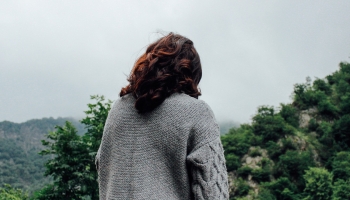 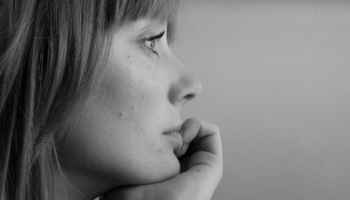 Should I Still Attend Addiction Treatment Even Though I’ve Already Quit? 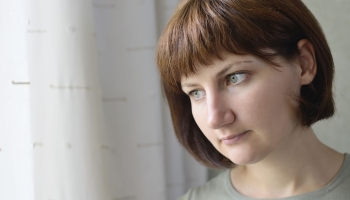