With shopping and spending being a normal part of everyday life, those who take spending to the extreme have many opportunities to overlook a habit gone out of control. While it may seem unlikely, spending addiction, also known as compulsive shopping disorder, can destroy a person’s life in much the same way as a drug or alcohol addiction.

An estimated 5.8 percent of American consumers struggle with a spending addiction, according to World Psychiatry. Not surprisingly, spending addiction problems can have a ripple effect throughout a person’s daily life. This problem can also severely compromise the spender’s emotional and psychological well-being.

More oftentimes than not, a spending addiction will evolve into a lifestyle of its own leaving any number of negative consequences in its wake. 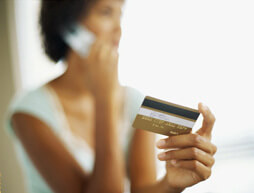 For some people, shopping and spending money becomes a compulsion.

Any habit, activity or indulgence that creates disorder in one’s life can be classified as an addiction. This is especially the case when a person continues to engage in damaging behaviors in the face of negative consequences.

According to the U.S. National Library of Medicine, criteria for spending addiction closely resemble those associated with drug and alcohol addictions –

In effect, the act of spending becomes a compulsion that drives a person’s overall outlook and motivations.

Like any other type of compulsive behavior, a spending addiction inevitably ties in with a person’s emotional well-being. In actuality, spenders go through emotional phases with each phase occurring at a certain point within the “act of spending” –

The emotions experienced from spending addiction have a direct effect on chemical processes in the brain. For spending addicts, the act of shopping triggers the release of certain “feel-good” neurotransmitter chemicals.

With each successive shopping episode, these chemical interactions reinforce the emotions and behaviors associated with spending. The effects of spending on a person’s psychological well-being may take the form of –

After a while, the “need” to spend takes on a life of its own that overpowers a person’s reasoning and decision-making. At this point, addiction has taken hold.

More than anything else, signs of spending addiction become apparent within a person’s daily routines and overall quality of life. As the need to spend grows, other important areas of life start to fall by the wayside as more time and energy goes into the act of planning to spend and spending.

Lifestyle effects may take the form of –

Ultimately, a spending addiction gets “realer and realer” the longer a person continues to engage in compulsive shopping behaviors.