Popping an extra pain pill now and again seems like it isn’t a big deal; it might even seem like a way of managing your pain. But, increasing your dosages without the input of a doctor can start you down the road to addiction.

It starts with little changes: taking extra pills, asking for more prescriptions, continuing to take the painkillers after the doctor has instructed you not to. And, these small changes can lead to one big problem.

If you are concerned that you or a loved one are developing a dependency, keep an eye out for certain markers.

The U.S. Centers for Disease Control and Prevention (CDC) reports where you live may also be a factor in whether or not you have increased access to prescriptions and, thus, addiction. They report:

259 million prescriptions for painkillers were processed in 2012, enough for every American adult to have a bottle of pills. In 2010, enough were prescribed for ever American to be medicated 24 hours a day for a month. And “health care providers in the highest-prescribing state wrote almost 3 times as many opioid painkiller prescriptions per person as those in the lowest prescribing state in the US.” Increased rates of prescription writing mean increased chances that the prescriptions get into the hands of people other than those intended, as well as increased chances of nonmedical use. 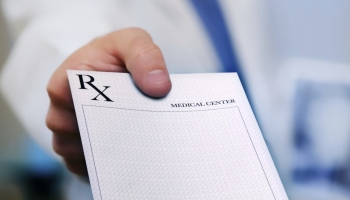 Painkillers are prescribed too easily by some doctors.

People grappling with prescription painkiller addiction also face the very real likelihood of an overdose and/or emergency room visit as the result of misused medication. Because individuals who become addicted to painkillers often build up a tolerance, they need to take larger amounts in order to feel the drug’s effects. This type of behavior can often lead to an overdose.

The CDC notes: “The number of overdose deaths is now greater than those of deaths from heroin and cocaine combined.” The American Society of Addiction Medicine adds: “While illicit opioid heroin poisonings increased by 12.4% from 1999 to 2002, the number of prescription opioid analgesic poisonings in the United States increased by 91.2% during that same time period.”

Those are scary stats and they illustrate how hidden prescription painkiller abuse and overdose can be, as this form of opioid abuse is often hidden behind illicit opioid abuse statistics. Further, as painkiller addiction is often a gateway to heroin addiction, those stats may have an overlap.

A painkiller overdose can carry the risk of serious symptoms. These include:

If you or someone you love are developing or have developed a dependence on prescription painkillers, you need to seek treatment as soon as possible. Don’t fall into the trap of justifying the use because the drugs originated from a doctor’s prescription. That doesn’t make them safe, and it renders them particularly vicious when used non-medically. Protect yourself from continued addiction and possible overdose.

Benzos & Opiates: A Deadly Combination The Benzo Addiction Risk Your Doctor Didn’t Tell You About Anabolic Steroids: Are they Addictive? Prescription Drug Addiction Symptoms Are Roids Really Beefing You Up? Facts about Steroids