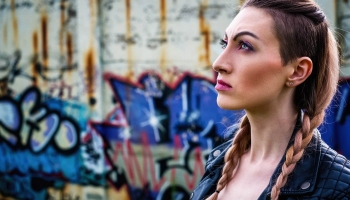 Someone who is abusing prescription drugs may experience severe mood swings, and difficulties with impulse control and decision making.

According to the National Institute on Drug Abuse, prescription drugs are the most commonly abused drugs in the United States.

Both prescription stimulant and sedative-type medications carry highly addictive properties even though they require a doctor’s prescription.

While stimulant and sedative medications have different effects on the brain and body, prescription drug addiction can develop when drug are not taken as prescribed or when taken for recreational purposes.

Many people might be surprised to know that Oxycontin, Xanax, Ritalin, heroin and cocaine drugs all fall within the narcotics drug classification. Though considered legal, Oxycontin, Xanax and Ritalin nonetheless carry the same addictive properties as illegal narcotics.

Both prescription stimulant and sedative-type drugs alter vital brain neurotransmitter chemical processes and continue to alter these processes for as long as a person keeps taking them. In effect, prescription drug addiction develops in much the same way as addictions to illegal narcotic drugs.

Stimulant prescription medications directly affect dopamine and norepinephrine neurotransmitter brain chemicals. When ingested, the brain secretes unusually large amounts of these chemicals, which in turn throws off essential bodily processes, such as cognition, heart functions, and emotions. Over time, the brain develops a tolerance to the drug’s effects, which drives users to ingest increasingly larger doses.

According to the Mayo Clinic, symptoms of stimulant addiction include:

Symptoms of opiate addiction include:

According to Psychology Today, both sedative and anti-anxiety medications depress central nervous system functions by targeting GABA brain neurotransmitter chemical processes. When ingested, the brain secretes large amounts of GABA, which slows brain activity and creates a relaxing effect. Much like opiate and stimulant medications, the brain develops a tolerance to these drugs over time.

Symptoms of sedative/anti-anxiety drug addictions include:

While physical symptoms of prescription drug addiction can easily be spotted, signs of addiction can also be seen in a person’s behaviors and routines.

Behavior-based signs of addiction include:

As drugs take on more importance in a person’s life, behavior-based signs of addiction will become more apparent.