It is unfortunate, but addiction carries a sentence beyond the fight for recovery. It carries a stigma that somehow addicts are lesser people. The popular belief that only certain kinds of people become addicts perpetuates a negative feeling about those who are recovering from addiction. Despite the fact that most medical and psychiatric communities now define addiction as a disease of the brain rather than a choice or character flaw, people still view addicts and recovering addicts as less than themselves. Even race and socioeconomic status contribute to the stigma that surrounds drug addiction.

A recovering addict needs support. They need a place that is free from judgment. Often times, these individuals are already suffering from depression and anxiety due to their addictions; almost any adversity can cause a relapse. Unfortunately, with the current climate of addiction, people are extremely judgmental and their attitude comes out in how they deal with someone they know is an addict. It is possible to fight the stigma of addiction if you know how. 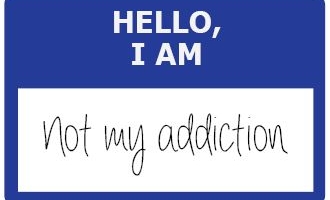 Fight the stigma to help people see past addiction and know that recovery is possible.

Knowing the consequences of judgmental nature will help some people get over their negative attitudes towards others who are suffering. Some of these consequences can be seen in the following situations:

Most people do not realize what their judgment does to others. They ignore the hurt and challenges that are caused when they look frown upon others. Judgement and shame can come as a result of the way a non-addict looks at, talks to or otherwise mistreats the individual who is suffering from an addiction or who once suffered from an addiction.

The stigma of addiction places a recovering addict in distinct danger. There is not only the danger of relapse; other dangers may also exist within the medical community. Similar to mental illness, everything an addict complains about is attributed to the addiction. Examples of this occurring may include:

None of the above examples should ever happen. Unfortunately, things like this occur more frequently than you may believe. Because addiction carries a stigma and is not viewed as a disease by many professionals, mistakes are often made as a result of overlooking an actual health concern due to the stigma that comes along with a past or present addiction.

Fighting the Stigma of Addiction

Everyone can play a part in fighting the stigma of addiction. Other than becoming an open advocate against the way people treat recovering addicts, you can:

One of the best ways to stop the stigma behind addiction and recovery is to not perpetuate it. Be informed about your rights and make sure that those around you are as well. Talk to your representatives in government about education programs and legislative changes. You can fight the stigma of addiction by not representing the stereotype and by speaking out against it when appropriate.