It doesn’t matter if you’re talking about people trying to get high or simply taking their prescribed medications, the mixture of benzos and opiates is responsible for more poly-drug accidental overdoses than any other combination. Often taken together, this deadly combo has been responsible for too many deaths.

Benzodiazepines are central nervous system depressants typically prescribed for anxiety and insomnia. They include such drugs as Xanax, Valium, Ativan, and Klonopin, and are commonly prescribed in the US. Opiates, sometimes called opiod pain relievers, are also central nervous system depressants prescribed to help manage pain levels. Common names include oxycodone, Vicodin, Dilaudid, and morphine. Although these are two drugs are from different classes and are taken for different reasons, they still both depress the central nervous system, and when taken together, they can become fatal. With too much depressant in the body, the respiratory system slows down, and can eventually stop. When this happens, the lungs stop breathing. Then the heart stops beating. 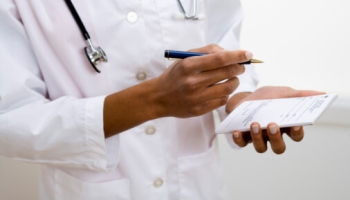 Despite the risks, doctors often prescribe benzos and opiates together.

Even though it’s commonly known in the medical field that benzos and opiates can cause significant issues when taken together, they are still prescribed that way. Often, doctors don’t educate their patients on the dangers of mixing the medications and patients don’t realize the risk they may be putting themselves at.

In the recreational drug world, benzos are regularly taken with opiates to increase the effects of the pain relievers, which makes them sought after by opiate addicts. Because the amounts of drugs aren’t regulated, people intentionally take more to get a higher effect. When mixed with heroin, benzos are even more dangerous, as the strength of the heroin can’t be determined until it’s injected.

Even with overdoses and accidental deaths, addiction programs still use the combination with their patients. It’s estimated that between 51 and 70 percent of those in a methadone maintenance treatment program are also prescribed benzos.

Set that Glass Down

To make matters worse, when alcohol is added into the equation, overdose and death rates increase. Another central nervous system depressant, alcohol slows the body down even more, and when taken by someone who has already taking benzos and opiates, it can be enough to put the body over the edge. When these three are used together, it becomes a risky cocktail, and the chance for a serious medical issue increases significantly.

If you’re prescribed both benzos and opiate pain relievers, be sure to talk to your doctor or pharmacist regarding your concerns. Avoid alcohol consumption. Although people don’t think it’s that dangerous, it is. It was a combination of benzos and alcohol that killed Amy Winehouse. The actor Heath Ledger’s drug overdose also included benzos, as did Brittany Murphy’s. Kurt Cobain, legendary singer for the band Nirvana, also intentionally overdosed on opiates and benzos. This combination kills, even if it’s prescribed by a doctor.