Life for high school and college students isn’t always easy. They’ve got pressure from parents, pressure from teachers and professors, and pressure from friends, each one pulling them in a different direction. Many go to school full time while having work and family obligations as well. It can easily become overwhelming and sometimes just having a few more hours to the day could make a world of difference.

Enter Adderall. A prescription medication prescribed for attention deficit disorder, Adderall is an amphetamine drug that keeps you up and focused. And it’s one of the fastest growing drugs in the US with over two-thirds of college students have been offered the drug at least once, and 30 percent have admitted to taking it.

But they’re not all taking it to get high. 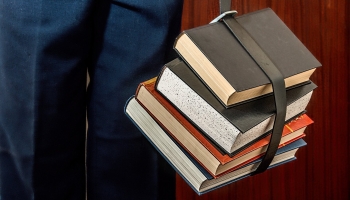 Some college students take Adderall to help them focus.

Because it’s an amphetamine, Adderall has a stimulant effect. It wakes you up and keeps you focused. While many use it to stay up late and party without feeling the effects as strong, many students use it to help them keep that 4.0. They take the medication to help them stay up late to study as well as to gain focus on projects and assignments.

Are you addicted to stimulants or other drugs? Are they impacting how you feel and function?

Because Adderall is a central nervous system stimulant, it speeds up the body’s processes and is known to cause insomnia and restlessness. It also causes the brain to release an increase of epinephrine, the chemical that’s responsible for the body’s fight of flight response. This causes an increase in heart rate and blood pressure, but also increases stress. Because of its stimulant qualities, Adderall also suppresses the appetite and can cause dehydration.

When it comes to mental health, Adderall can have even graver impacts. Repeated use has shown to cause anxiety and depression, paranoia, and even psychotic and manic episodes.

Adderall is a Schedule II drug, meaning that it has a high potential for abuse. And like similar amphetamines, Adderall can lead to psychological dependence. When people withdrawal from Adderall, they become agitated and experience severe mood swings.

Many users also experience a crash after use, where the body begins to excessively tire. During and after this crash, many users binge on food, taking in more calories than they missed while on the stimulant.

Because Adderall is prescribed by doctors, many young adults don’t realize the dangers of abusing it. Just because Adderall comes from a pharmacy instead of a drug dealer doesn’t mean it’s safe to use whenever you want. Too many kids are getting their hands on prescriptions when they don’t really need the medication, then selling the drugs to fellow students. While Adderall may temporarily help students get a passing grade, it very well may not be worth the cost of that A.